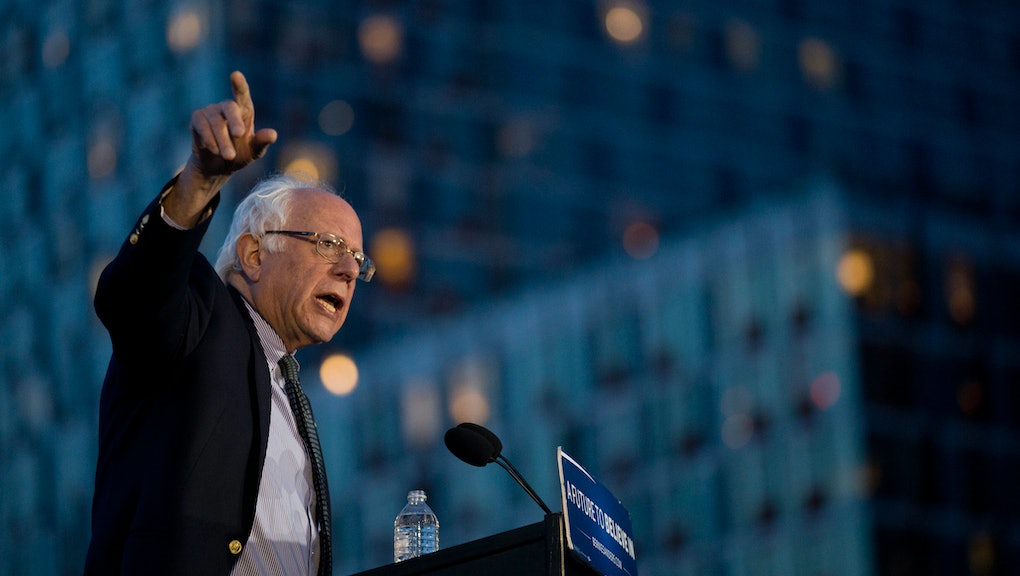 Is Voter Suppression Behind Bernie Sanders' Defeat in the New York Democratic Primary?

Three million New Yorkers were unable to vote in the state's primaries Tuesday.

Read more: After Big New York Victories, It's Likely to Get Even Better for Trump and Clinton

Some pundits are not convinced. Slate's Jamelle Bouie and MTV's Jamil Smith argued on Tuesday that having closed nominating contests, even when sealed off by troublesome deadlines, doesn't meet the bar for disenfranchisement. They contend that registration hassles may be undesirable and dampen turnout, but that they shouldn't be conflated with policies designed to strip people of their voting rights.

Bouie and Smith are inclined to reserve the label of suppression for policies like the restrictive voter ID laws that Republicans are passing in dozens of states across the country. Policies like requiring government-issued photo IDs, which racial minorities are less likely to have than white citizens, are deliberately designed to and actually do bar people of color from the voting booth in significant numbers. ID laws have cynical intent and actually result in the ejection of people with less resources from the voting process.

Why bar independents? Holding a closed primary — a decision that's made by parties, not a state's government — comes with different motivations and effects.

"There are lots of reasons for closed primaries that are perfectly legitimate — the most straightforward one is that registered members ought to choose who should represent their own party, and that opening up the primary to the eventual competition in the general election invites all sorts of strategic behavior that the parties would just as soon avoid," William Howell, a presidential scholar at the University of Chicago, said in an interview.

Parties can use closed primaries to ward off the possibility of people from the opposing major party casting ballots strategically in favor of whom they perceive to be a weaker opponent, as conservative radio show host Rush Limbaugh once encouraged his followers to do in the 2008 primary season.

But having a closed primary very clearly also has the effect of barring people who want to cast ballots in good faith from entering the voting booth, as tons of disillusioned Sanders supporters, who disproportionately identify as independents, discovered in the run up to the Democratic primary.

In this sense, it's easy to see how closed primaries, when coupled with extremely obscure registration deadlines, have the effect of insulating the party from the valuable input of a more ideologically flexible or idiosyncratic set of voters. That might not quite count as suppression, but it does speak to a broadly anti-democratic sensibility.

The United States' electoral system is already rife with obstacles to voting, and that's a significant part of the reason that, in the scheme of advanced democracies around the world, it has such abysmal turnout. The difficulties people face in trying to vote are manifestly more of a threat to the civic health of the country than the prospect of people turning open primaries upside down by voting with the intention of sabotaging a party. It's obvious that we should be doing everything we can to make voting easier.