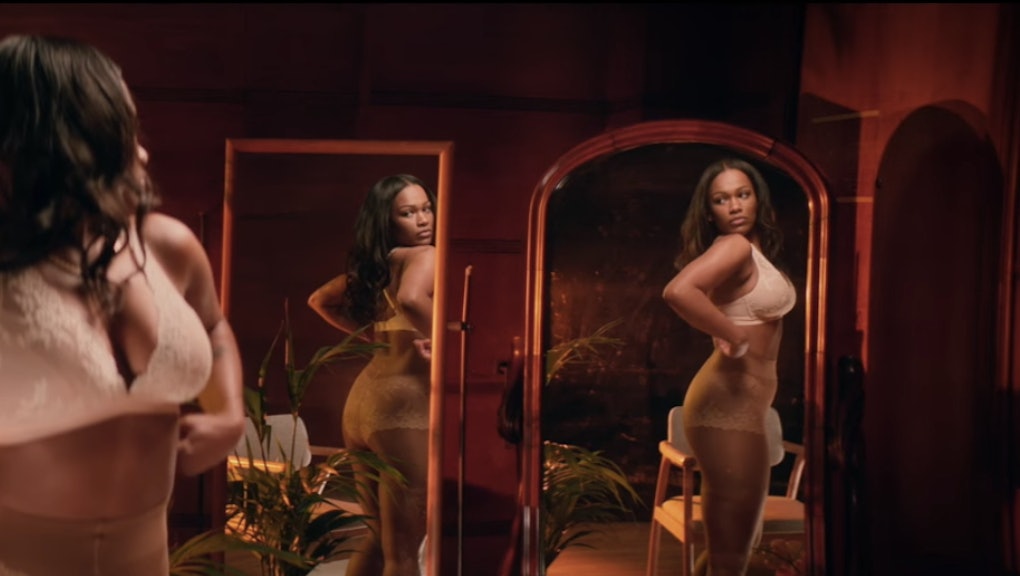 When the British department store Selfridges thought about how to advertise its latest lingerie and loungewear department, Body Studio, they knew they didn't want to play it safe. They knew they didn't want to do what so many retailers had done before and have women draped across chaise lounges, petting poodles and lazily staring at the camera. No, for its campaign video, Selfridges wanted to focus on strength and individuality.

"For so long, underwear advertising has been dominated by sexualized imagery of women in heightened poses and impossible designs," Kathryn Ferguson, the director of their new short film, told i-D. "When in reality, this is worlds apart from the everyday act of putting on your pants and the choices we make in the morning."

In a nearly four-minute mini-film, Selfridges achieves just that, casting body activist and model Naomi Shimada alongside transgender activist Charlie Craggs, Thai boxing champion Rusqsana Begum, WAH Nails founder Sharmadean Reid and fashion muse Michèle Lamy. They are women of different ages, races, sizes and identities, all there not only to show off Selfridges' collection of hosiery, lingerie, loungewear and sportswear, but also tell their own stories about their own bodies.

Read more: These Aren't the Lingerie Models You See in Victoria's Secret Ads — But You Should

Shimada, for instance, ponders why we're so obsessed with the idea of a woman being categorized as plus size or not.

"Why is every one scared of being a size 14?" Shimada asks. "Why is there, like, so much anxiety and shame attached to that?"

Cragg speaks on what it's now like wearing underwear that she feels comfortable in.

"For like two decades, I spent my life wearing the wrong gender's underwear, and I was so uncomfortable." Cragg says. "I fought my battle, and now I've won. I'm wearing my glory."

And Reid muses on how powerful she felt after having her baby. "When I had the baby, I was like, 'This body's created life. What have you done today?'"

For every body, there is a story.

The cast members aren't leaning into the camera, but more so slipping into the clothing and lounging about like actual normal human beings. It rejects the male gaze in that it doesn't even try to address or approach it. In doing that, it also makes the film more about the women and the clothes than, say, sexuality. (We're looking at you, Victoria's Secret.)

In the first few seconds of the film, the narrator states: "Men dream of women, men look at women, women watch themselves being looked at ... Behind every glance is a judgment. Sometimes the glance they meet is their own."

Clearly, this is a film (and campaign) that is trying to change how we advertise this sort of clothing, and make it more about women and their bodies than the men who may be looking at them. Prior to this film, companies like Neon Moon and Aerie have also tried to change the conversation around women and their underwear.

In Selfridges' case, with a cast of characters so diverse and interesting, it does that easily.

Watch the entire campaign video below: