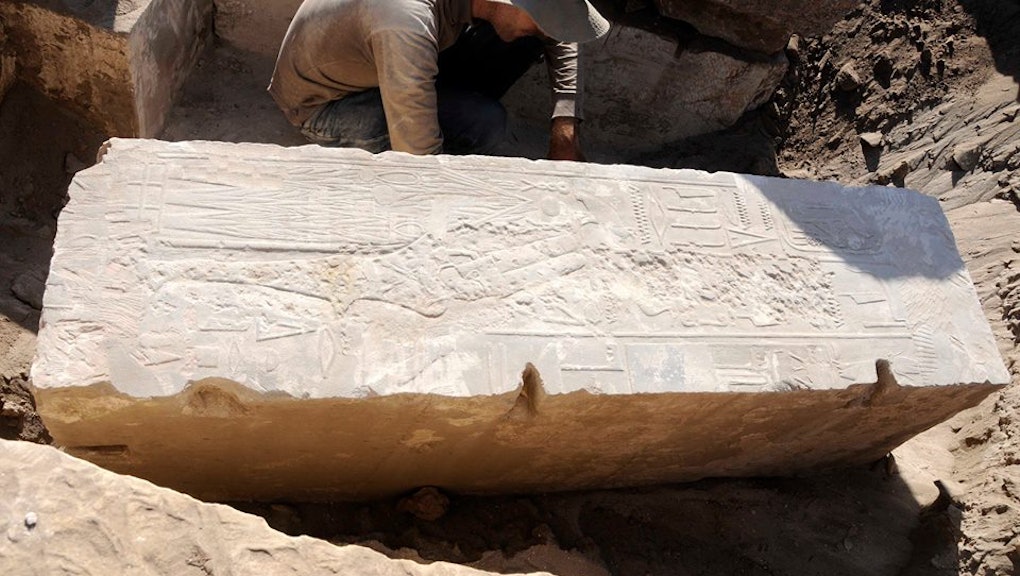 Other than being just one of about two or three female pharaohs in Egypt's history, Queen Hatshepsut was also a builder, and the blocks are presumed to be from one of her buildings that was recently discovered. The building, which was found by the German Archaeological Institute, is believed to be a way station for the god Khnum, according to a Facebook statement by the Ministry of Antiquities.

"On the pillars are representations of several versions of the god Khnum, as well as other gods, such as Imi-peref 'He-who-is-in-his-house,' Nebet-menit 'Lady-of-the-mooring-post' and Min-Amun of Nubia," the Ministry of Antiquities wrote. "The building thus not only adds to our knowledge of the history of Queen Hatshepsut, but also to our understanding of the religious beliefs current on the Island of Elephantine during her reign."

Queen Hatshepsut stepped into her reign at the age of 12 years old when she wed her half-brother Thutmose II. Thutmose II died at a young age, and Hatshepsut became a guide for Thutmose III before assuming the role herself, possibly because of political threats. To keep her legitimacy as a fit ruler and not just a "great wife" of the king, Hatshepsut had to reinvent herself as a man. (The blocks refer to Queen Hatshepsut as a woman, which indicates that they're probably from the beginning of her reign, as she was referred to as a male later on.)

In her reign, she brought wealth through a successful trade expedition and grand building projects. After her death, Thutmose III erased almost all remnants of Hatshepsut, including her buildings and images. Scholars didn't learn of her existence until 1822.