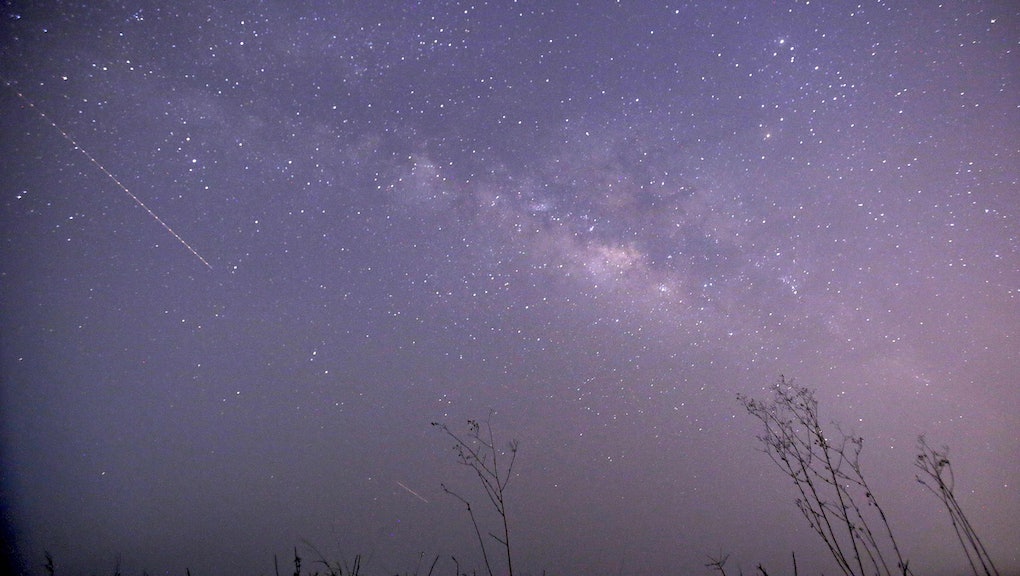 Lyrid Meteor Shower 2016: How and When to Watch the Annual Show

Where there's a will, there's a way — this month's Lyrid meteor shower will peak in the early hours of Friday morning. The lunar cycle is expected to put a damper on the event, however: There's also a full moon on Friday, and its light will likely cloud the view for most observers.

Read more: Halley's Comet Is Going to Put on a Spectacular Meteor Shower in April

Those who are determined to see some meteors are advised to head for rural landscapes. As National Geographic put it, "To catch the 2016 Lyrids, your best bet will be to turn your back on the setting full moon in the west in the early morning hours." So find a flat, comfortable space with a good and unpolluted view of the open sky, lie down on it, wait and watch.

As EarthSky reported, one would usually expect to see between 10 to 20 meteors per hour without a spotlight-stealing full moon. While the 2016 Lyrid shower will likely yield far fewer meteor sitings, it's possible that a few will shine through the moon's obtrusive beams.

The astronomically inclined should plan to wake up early if they want to improve their chances of seeing those. Optimum Lyrid viewing time will be after midnight and before dawn — roughly 1 a.m. to 5 a.m. Eastern.

Meteor showers are named for the constellations from which the individual meteors appear to shoot. The Lyrid meteor shower is named after the Lyra constellation, which is roughly harp-shaped and near the bright star Vega. 2016's Lyrid meteor shower began on Saturday and will end on Monday; according to EarthSky, Lyrid showers enjoy "the distinction of being among the oldest of known meteor showers," with the first event on record dating back to 687 B.C. in China.