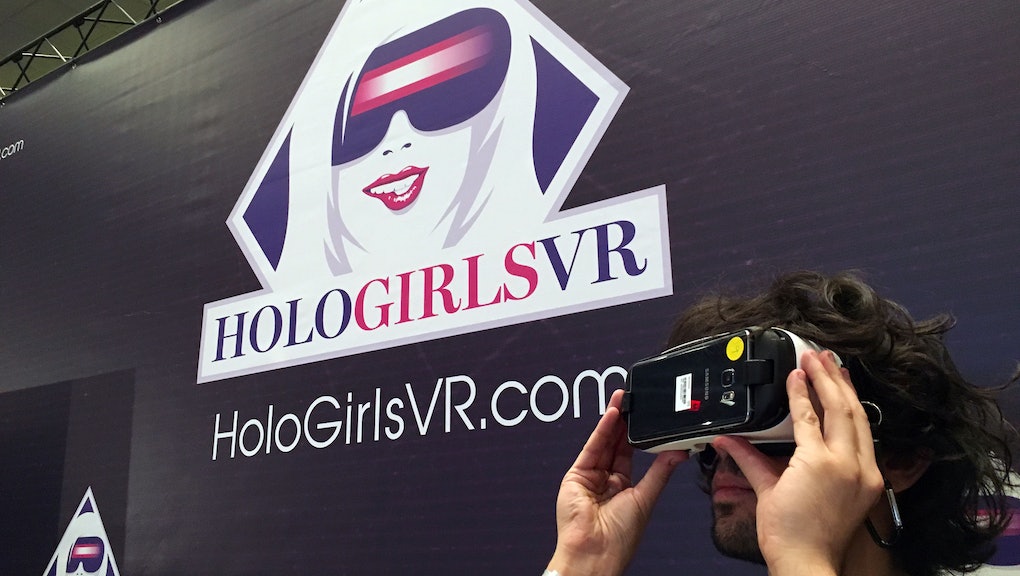 "People need human contact – it's not just something that's a want, it's an actual need," Dena told the Guardian. "Look at newborn babies, they survive better with human touch. As adults we need that as well."

A madam at another legal Nevada brothel, Calico Club, echoed Dena's sentiments. "The human touch is everything," Jennifer O'Kane, who said she has been running the brothel for five years, said in a phone call.

For most men that come to the brothels, "it's not about the sex, it's about the human touch," O'Kane said. "That is why they come in, it is lack of human touch."

"It's not about the sex, it's about the human touch."

With haptic feedback suits and masturbatory devices, you can complement a viewing experience with sensations, but silicone breasts attached to an electrical body suit are still far from simulating an actual living, breathing human body.