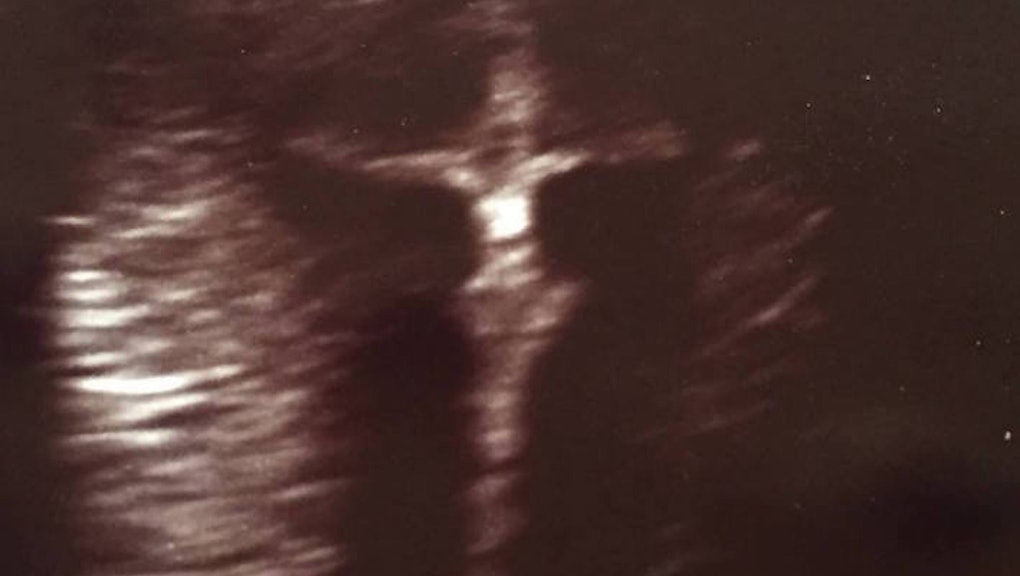 It's been said that God is in us all — and that may be only too true for one Indiana woman.

Aley Meyer didn't even realize what was in the image in a routine sonogram until it was pointed out in a baby shower. In plain sight, Meyer saw what — perhaps — could be an image of Jesus Christ on the cross, sitting stage right in her womb.

Read more: This Forensic Recreation of Jesus Christ Is Not the Same Guy You Remember from Church

"It looks like Jesus hanging on the cross," she said a woman told her, WFIE reported, "We took a picture of it and blew it up on my phone to get a closer look, and it is so much detail. You can see the hair and his legs crossed at the bottom and everything."

A photo of the miraculous womb was posted by the child's future grandfather, Bill Alecia Fülkerson, to Facebook. "Notice anything?" he asked the internet.

Since his first appearance in Bethlehem about 2,000 years ago, Jesus Christ has supposedly cropped up in a number of strange places. In 2010 an Indian restaurant found him on some naan bread. A year later he was found on this sock and his likeness has been known to frequent fowl places, too.

Meyer took the image as a sign that a successful birth awaits for her son to be, Easton, who is expected in June.

"I've been on a lot of medicine for my Crohn's disease," she told WFIE. "We've been very worried about it, so I feel like it's a sign that everything's going to be ok with him."