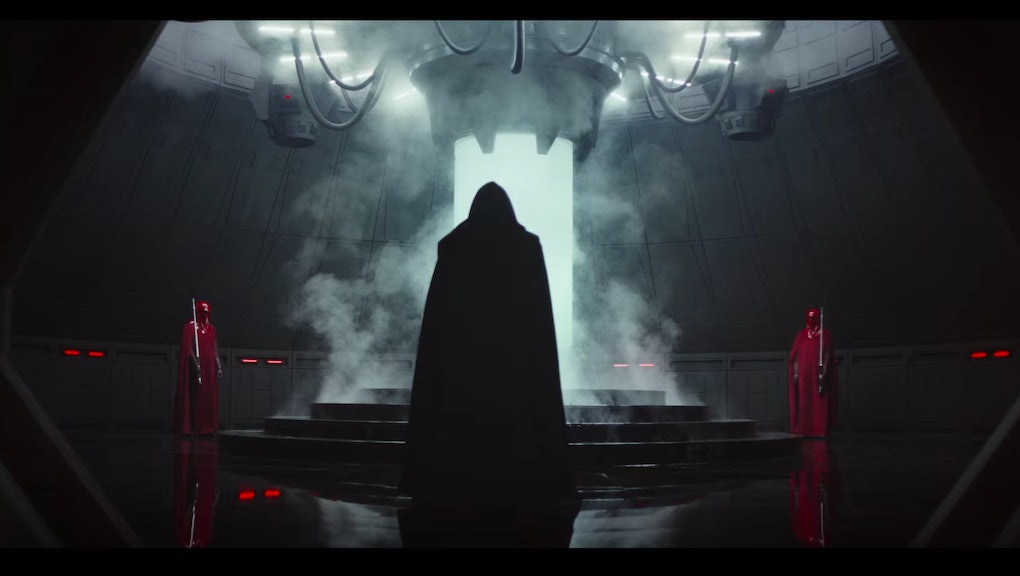 There has been a disturbance in the Force ever since the news of the first of three Star Wars anthology films, Rogue One: A Star Wars Story, was announced. The film, whose release date is slated for Dec. 16, will take place prior to the events of A New Hope, and will follow a black-ops-esque group of Rebels led by Jyn Erso (Felicity Jones) as they steal the plans to the Empire's biggest weapon, the Death Star.

Given its place in the Star Wars timeline, however, there is one notable figure whose presence would make sense in the film: Darth Vader. At the time of the film, the Sith Lord would be at the helm of the Empire, alongside his master, Darth Sidious. Fans surely wouldn't be soured with a cameo by one of film's most iconic villains.

Read more: 'Rogue One: A Star Wars Story' Teaser Trailer Is Here and Fans Are Losing Their Minds

While Darth Vader's potential appearance in Rogue One is still just a widely popular rumor, Flickering Myth is reporting that Spencer Wilding is set to play the part under the suit. Whether James Earl Jones will reprise his role as the haunting, booming voice is not yet confirmed.

Wilding, who stands at 6 feet 7 inches, has the ideal figure for the imposing Vader. The previous actor who played him under the suit, David Prowse, was an inch shorter. The stunt actor is probably best known for his brief appearance in Guardians of the Galaxy as the guard who steals Star-Lord's cassette player and headphones.

While the casting report is still just a rumor — with no official confirmation from Lucasfilm — it wouldn't be a surprising move. Vader was initially pegged to make a cameo in The Force Awakens, with Hayden Christensen reprising the role in a disfigured, ghostly state. Basically, the antithesis of Obi-Wan Kenobi's Force ghost form.

However, as it was revealed in a coffee table book by Stars Wars illustrator Iain McCaig, the concept never left the production floor. Yet, Christensen's involvement, and the leak of the concept art, are a promising sign that the franchise wants to incorporate the villain in the new movies. And what better way than a film in which the character would be alive.

Ultimately, it's highly unlikely that Lucasfilm will make any announcement on a Vader appearance in Rogue One. Much like the reveal that Kylo Ren (Adam Driver) was the son of Han Solo (Harrison Ford) and Princess Leia (Carrie Fisher) in The Force Awakens — and the eventual reveal over who the heck Rey (Daisy Ridley)'s parents are — it's better left as an exciting surprise for the audience.

In fact, the best evidence that Vader could be in Rogue One is left in the teaser trailer, and it's pretty subtle. In the final shot of Erso, with the dialogue from Forest Whitaker's character played over it, she turns to the camera in what appears to be a room on an Empire ship — or even the Death Star. However, the audio of Whitaker's line, "What will you become?" is distorted at the end to sound like Vader's breathing.

It might not be much, but it's probably the best fans are going to get until December. Besides, the element of surprise would make his appearance all the more satisfying, and nostalgic.