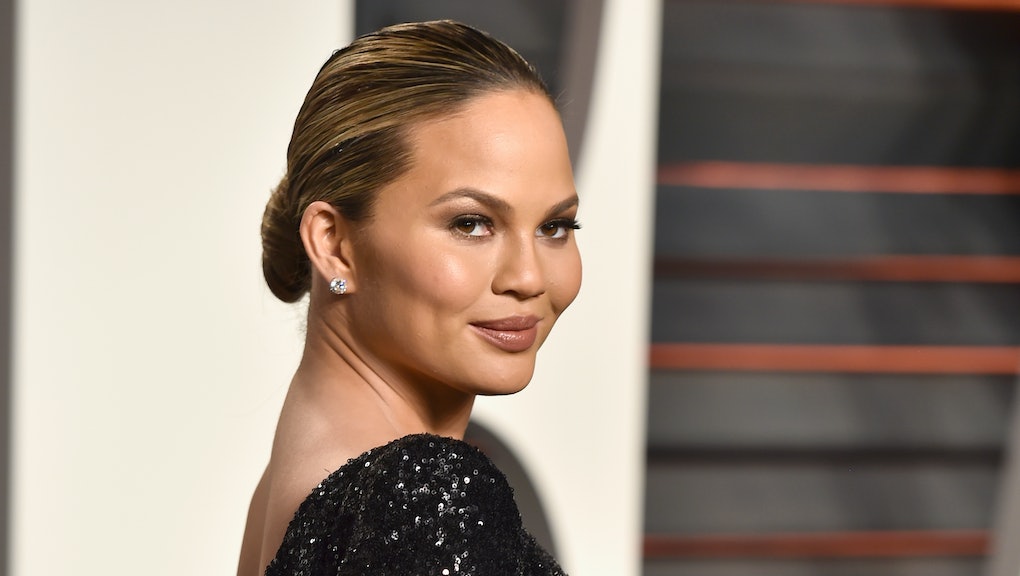 Motherhood certainly hasn't stopped model and professional straight-shooter Chrissy Teigen from telling it like it is on Twitter. Since giving birth to her first child last week, Teigen has started sharing bits and pieces of her life as a new parent, posting photos of her daughter, making jokes about her husband and, as is her way, dropping truth bombs about issues we don't talk about enough.

In one masterful tweet on Wednesday, the new mother brought up a little-known reality many women face after giving birth: postpartum bleeding and incontinence.

Surprised? Apparently, so was Teigen.

Pregnancy causes all sorts of bodily changes, and they don't end with childbirth. For up to a month-and-a-half postpartum, new mothers typically experience heavy vaginal bleeding and discharge, known as lochia. They might also experience pelvic floor weakness and related bladder issues, which aren't exactly the most alluring conversation topics — but they're real experiences for many women after childbirth.

In fact, one U.K. survey of 1,900 new mothers found that nearly half experienced postpartum incontinence in some form. That's in part because the abdominal weight women gain during pregnancy can weaken the pelvic floor and abdominal muscles, giving them less control over their bladders. The issue isn't discussed as frequently as postpartum bleeding, which (if Teigen's tweet is any indication) isn't talked about much either. According to Tania Boler, founder and CEO of Chiaro, we should be talking more about both experiences, particularly the one that's more preventable.

Teigen certainly isn't alone in needing a postpartum diaper or pad. But she's also not the only celebrity mom to be blindsided by the fact that she might have the heaviest period of her life or inadvertently pee herself for a bit after having a baby. In fact, according to a 2015 blog post, Teigen's buddy Kim Kardashian West didn't expect to need diapers after giving birth either. "No one told me that! #SoSexy," she wrote.

There might not be a great way to avoid lochia besides not having a baby, but fortunately, postpartum incontinence can be rectified with Kegels and bladder training, according to the American College of Physicians. But many new mo ms aren't taught what to expect from childbirth, thus making them unprepared to deal with these issues.

"Women aren't given simple information about what they need to do [after giving birth]," Boler said. "In the U.S., new moms are often so focused on their babies that they don't think about themselves."

Too often, new mothers don't have space to talk about the host of physical and emotional struggles they might face after having a baby, from obstetric trauma to postpartum depression, lack of sexual desire to trouble breastfeeding. The fact that even privileged women like Teigen have no idea what to expect post-childbirth speaks volumes about the state of maternal health and education in the United States. Thank heavens she's on Twitter to show us the way.