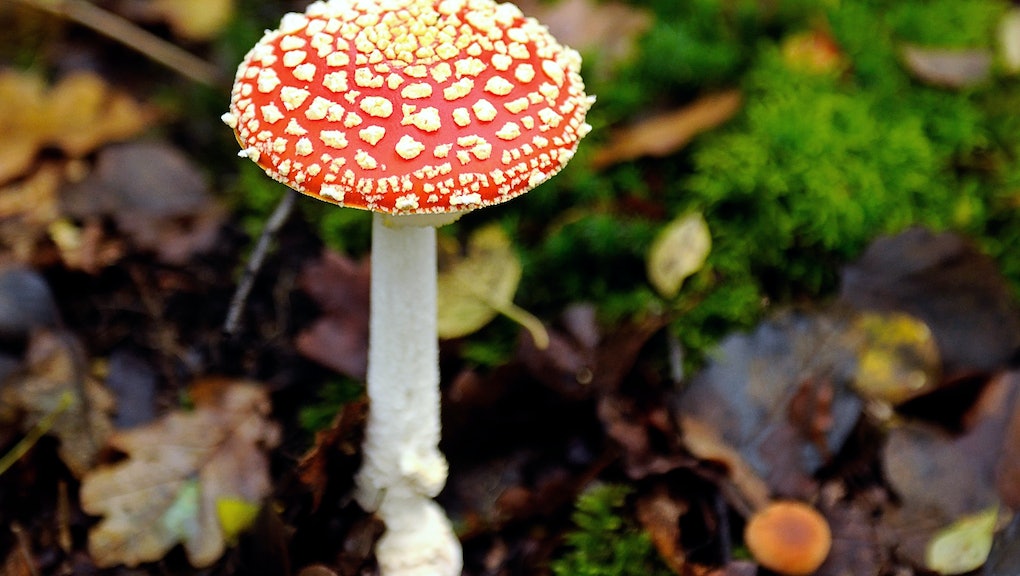 Magic Shrooms May Help You Feel Like Less of a Loser, Even in the Face of Social Rejection

Just as we suspected: the hallucinogenic chemical in 'shrooms soothes the sting of social rejection, improving users' moods even in the face of shunning by their peers.

Read more: The Future of Therapy Involves a Little Bit of MDMA

As I4U News reported, a research team at the University Hospital of Psychiatry in Zurich, Switzerland, recently published the findings from a micro study of 21 volunteers on whom they tested this logical theory. The scientists gave some of these individuals small amounts of psilocybin, the hallucinogenic compound that makes certain mushrooms "magic," while others were given placebos. The researchers then had the volunteers play computer games while their brain activity was mapped.

The games were intended to make players feel socially excluded. The researchers found that volunteers who'd taken psilocybin felt better, even when being mildly ostracized, than those who didn't. The neural scans confirmed this — the parts of the brains of people on psilocybin involved in "social pain processing" were less active on the drug.

The researchers believe the finding is valuable for people living with psychiatric disorders, whom society doesn't tend to welcome with open arms. They hope their results will translate to aid those suffering from mental health disorders to better cope with the stigmas and perceptions that society has.

The U.S. especially would do well to up its game when it comes to addressing mental health problems, but one wonders if this isn't a "rising tide lifts all boats" situation — shrooms can improve a person's mood and leave them feeling high, even when their haters attempt to bring them down. Regardless, though, there's a pattern emerging: there are new findings that show tiny doses of certain drugs may actually prove medically useful.