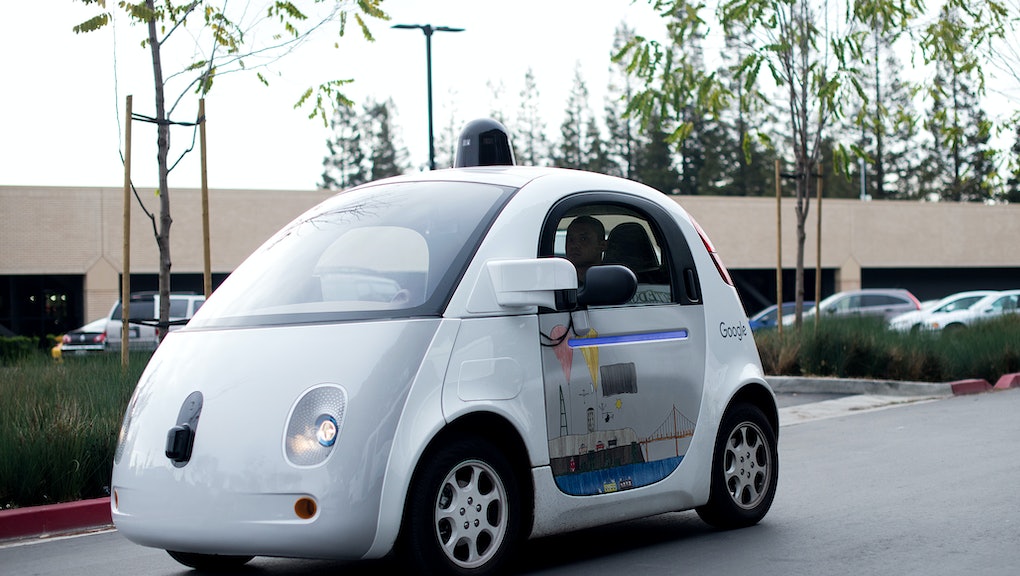 MIT Researchers Are Plotting the Death of the Traffic Light

All the people salivating over the prospect of self-driving cars might want to suck up that saliva.

More drool-worthy than self-driving cars are the innovations that will come after autonomous vehicles have already descended on roadways. Once self-driving cars are actually here, we can start getting rid of infrastructure that was made for human drivers like stop signs, speed bumps and road signs.

On that front, researchers at the Massachusetts Institute of Technology are already getting a head start. In a new paper titled, "Revisiting Street Intersections Using Slot-Based Systems" they discuss the death of the traffic light.

The intersection of the future: The study is based on the idea that self-driving cars could be made to communicate with one another as well as roadside devices. In this reality, a scheduling algorithm could be used to coordinate safe passage through an intersection without a car necessarily having to come to a full stop. Airplanes already use a similar system for navigating airports, the study notes.

To achieve this harmonious car ballet, MIT researchers have designed a mathematical model that would control the speed of cars so that they only arrive at an intersection once it's clear for them to pass through. They call it a "slot-based intersection." The idea is that cars don't arrive at the intersection until there's an available "slot" for them to go through. Cars may ultimately travel at slightly slower speeds for this reason, but the result is that riders may actually get places faster since they're not waiting at lights.

"The 'slower is faster' effect has been observed in many other contexts related to flow of entities, for instances pedestrians through a narrow space," Paolo Santi, a researcher at MIT's Senseable City Lab and co-author of the study, said in a press release. "If you need to slow down the vehicles because there is a lot of traffic, you slow them down early in the road, so they approach the intersection at slow speed, but then when they cross, you use the best speed."

More work to go: The study says more work needs to be done to determine whether a slot-based system for cars could scale up to a network of intersections. As a matter of computation, researchers don't think scaling should be too difficult.

In the meantime, we're still years away from self-driving cars making their way to U.S. roadways and even further away from mass adoption of this technology. At least we can look forward to unclogged roadways in the future.