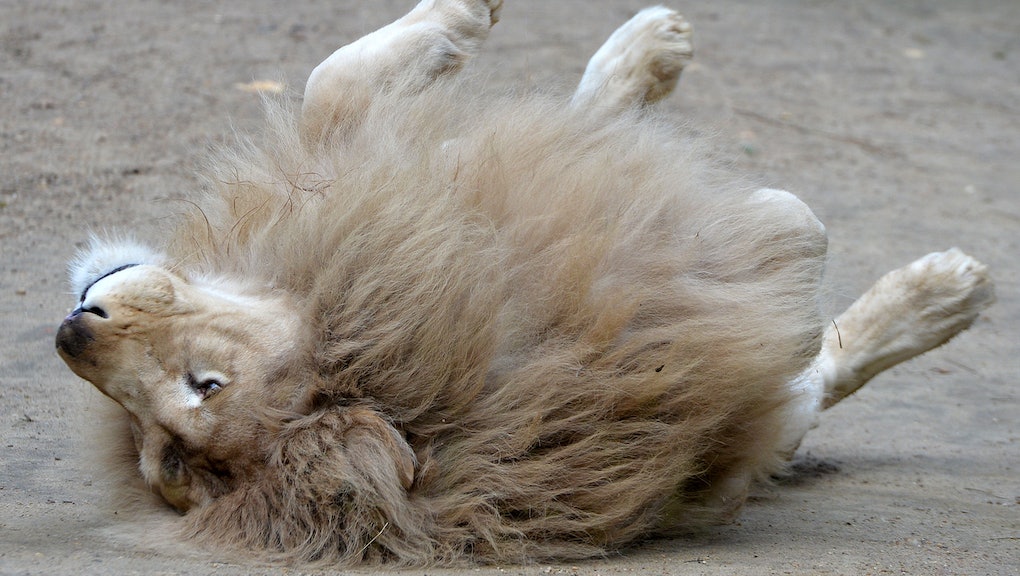 The internet rejoiced when the gay wildlife ecosystem of bears, otters and giraffes seemingly welcomed its newest addition: lions.

Literal lions! Gay lions. Two of them, fucking in the wild.

"It is the first time I have seen homosexual behavior in lions," she added.

But alas, reports have since surfaced that are raining on the gay pride parade. (Get it? 'Cause gay lions, and lions live in prides.)

The Washington Post shared insights from University of Minnesota professor and lion expert Craig Packer, who confirmed that both parties in the picture are male lions — but added that they were probably just close friends who were having some no-strings-attached fun aggressively mounting each other to pass the time before some nonpregnant lionesses came along to snap them out of it.

"It's a bromance, not Brokeback Mountain," he told the newspaper.

"If there was a receptive female that would wander up about that point, they would stop that," he added.

So that's one theory.

Another theory is that these lions hired Packer to spin this elaborate justification to the press, because they're still struggling with issues related to toxic masculinity and deeply internalized homophobia in the lion community, and just can't bring themselves to admit that they love dick. That, honestly, makes their super gay humping session that much hotter — it's #TotesMasc!