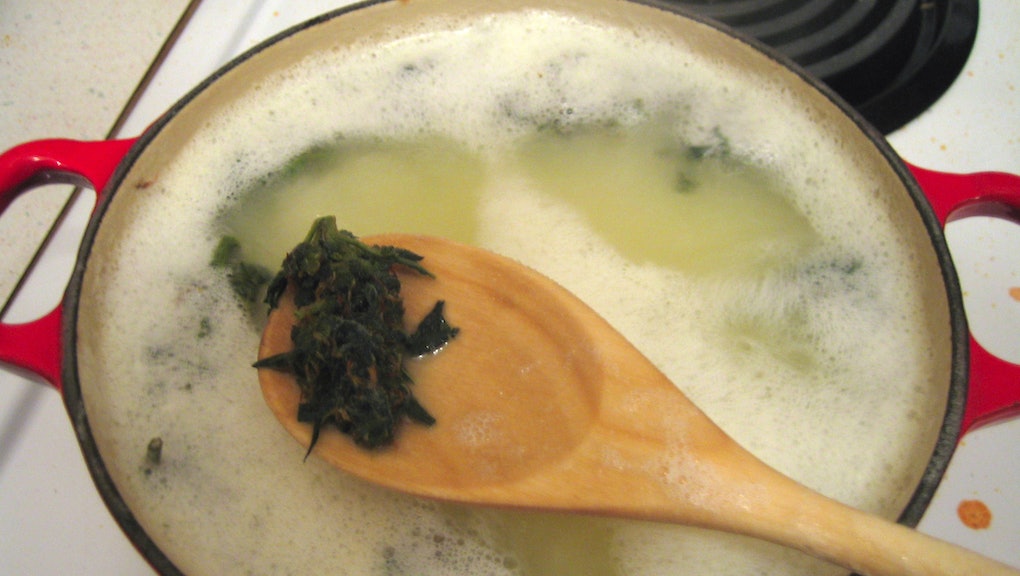 It's 2016 and marijuana products have turned into the truffle butter of narcotics. Leagues apart from the shitty pot brownies you took on the band trip to Winnemucca Lake, there's a whole burgeoning industry catered to turning your cannabis into a culinary experience.

But the science of why and how edibles work is the coolest part.

"You get the widest cannabinoid effects with edibles because there are so many more psychedelics in cannabinoids than THC," Nick Smith, concentrates manager and harvester at Bubble Smith Hash in Denver, said in a phone interview Wednesday. "There's over 200 kinds of cannabinoids researchers have found, but only a few have been researched in a reputable way."

In other words: Heat weed up, you get high. But how high, and for how long, is the biggest difference between smoking and eating cannabis.

"When you smoke, your lungs only have the ability to absorb so much," Smith said. "You can get a lot, lot, lot higher eating cannabis and using it as a lotion, because it's more psychoactive."

Smoking anything puts you at risk of inhaling cancer-causing molecules, since the byproducts of burning are free radicals, or known carcinogens. To create smoke, you're also burning off parts of the plant that become building blocks for the carcinogens. But if those plant parts aren't burned away, your body and your brain can use them in the pursuit of highness.

Now take into account delivery method: When you smoke, you're just burning the plant and inhaling that byproduct; it has a strong and instant effect. Edibles often include some type of fat, like coconut oil, to cook them, which makes cannabis easier for your body to process. The weed is processed like any other food — but most foods don't have psychoactive properties.

Think about how a brownie goes through your digestive tract. It's being broken apart, its different elements going where sugar, fat and carbs go. When it contains cannabis, that brownie is also releasing psychoactive properties into your bloodstream and brain. The THC gets metabolized by the liver, passing through the blood-brain barrier, smashing you in the brain with psychedelic effects. The onset of highness takes longer with an edible, sure. But because it experiences metabolism, traveling through your body like Miss Frizzle's Magic School Bus, that cannabinoid-pumped brownie is getting you high for a long-ass time.

"That's why middle-aged people prefer edibles," Smith said. "You only have to take a little bit, because they're so strong and last a while."

Like with any other drug, results vary. Some people don't like edibles because they can't gauge highness until after they've already eaten a whole marijuana sucker and suddenly can't figure out how to open a door. Others enjoy the slow onset because they know what they can handle. Either way, Smith said, it's a healthy alternative to the traditional bowl. At least, as long as you know how to deal with the side effects.

"Let's talk extremes for a moment," Smith said. "If you eat a bunch of hash, at a certain point your liver begins to produce a chemical to process it called OH-11. That'll make you trip balls for like 24 hours."