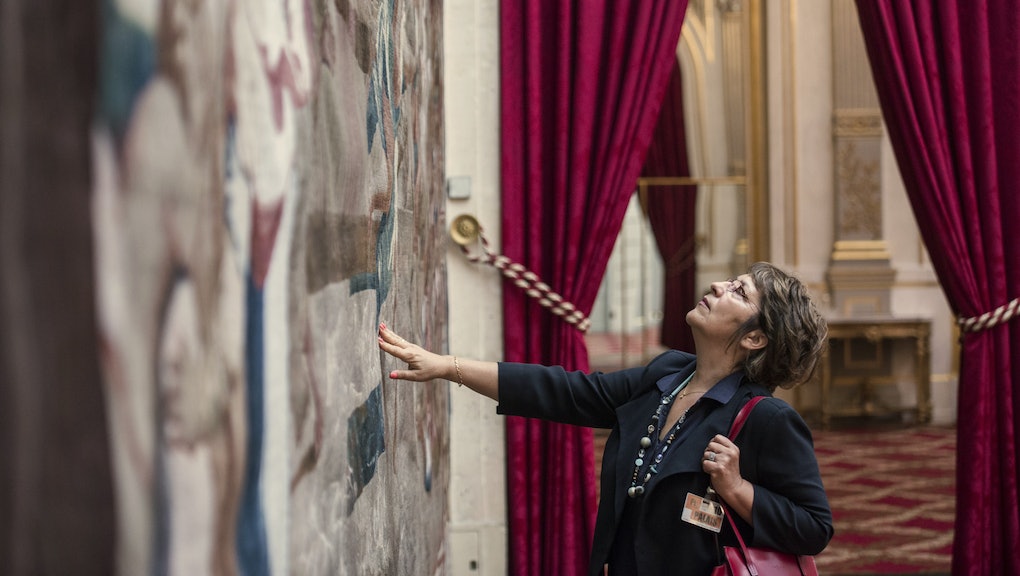 This Doodle Bamboozled the Internet — And It'll Probably Stump You, Too

Your brain is hardwired to process art, and studies have proven that looking at art can decrease stress levels — unless you can't figure out what the fuck you're looking at.

That's what's happened when Savannah Root posted an image on Facebook, an image that she says she stared at for "an hour trying to figure out what it was." And clearly she wasn't alone in her mystification. The doodle has raked in 35,000 reactions and more than 17,000 comments, and has been shared over 7,000 times as of the time of writing this.

Soak it in. Here's the inkblot test that broke the internet:

So what did people see? Some people in the comments claim they figured it out at first glance. But for many (many, many) other viewers, it didn't come as easily. People interpreted it as a parrot, a bat, a big mosquito, a tornado, a "weird T. rex dragon with a ghostly mist coming out of its belly" and even "shit stuck to the wall."

This is your brain on art. "[The brain is] always sifting through a variety of possibilities and finding the best interpretation for what's out there," professor of psychology and director of the University of Arizona's Cognitive Science Program Mary Peterson said, UA News reported.

So what is it?

It's a cowboy. That wing on the right is the side of his hat. The beak on the bottom is the shadow of his chin.

And now you can't unsee it.