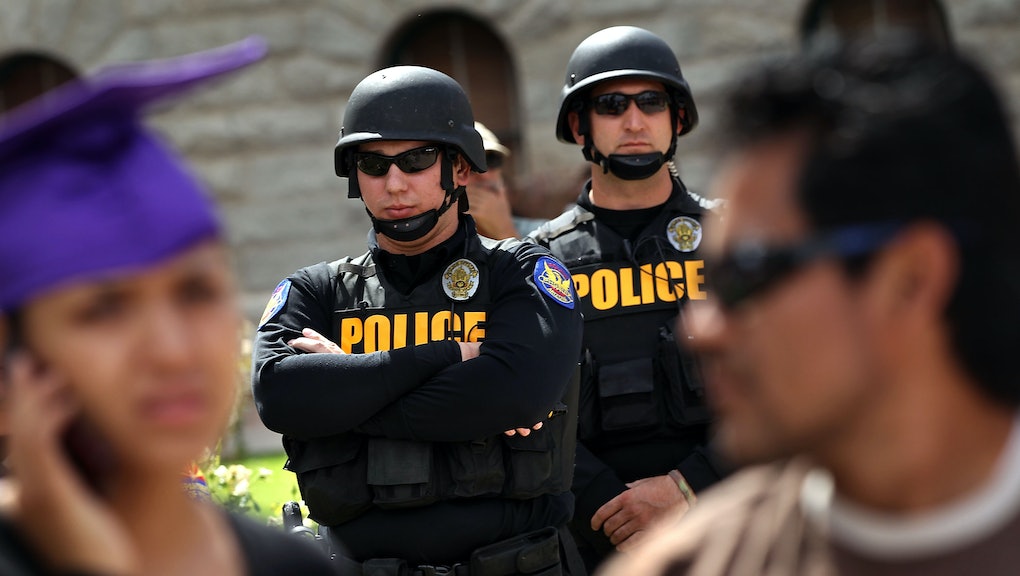 Shouldn't reporting a crime in 2016 be as efficient as calling a car, ordering a pizza or checking your bank balance, especially when personal safety could be at risk? Crime is everywhere; where's the app for that?

In New Orleans, a wealthy real estate developer teamed up with the local police to launch a new app called French Quarter Task Force, an app where you can upload photos of possible criminals or "suspicious" people and get an officer from a special task force immediately dispatched to investigate.

To use the app, you tap "report a crime," choose your neighborhood, choose options like "aggressive solicitation" or "prostitution" and upload a photo.

But who are these "suspicious" people that could end up the subjects of a disproportionate number of reports?

Racial profiling 2.0: In the past few years, there's been a slow parade of tone-deaf apps that try to fight crime and poverty by asking communities to report people to the police based on their appearances, regardless of whether they've committed a crime.

When a pair of New Yorkers launched an app called SketchFactor, which mapped reports of anything "sketchy" so people could avoid those areas, they were criticized for creating a hub for exercising casual racism. They remain adamant that "sketchy" isn't just a veiled slur for "black people who scare me."

Another data engineer from New York created an app so city officials could find concentrations of homeless people to round up.

"It just seems to be everywhere you go," the app's creator told the New York Post.

Even apps meant for simple group coordination and communication can become hotbeds of prejudice. Some say NextDoor, a social network for local communities, often devolves into a community space for racial profiling. In Georgetown, in Washington, D.C., GroupMe chats meant to help local businesses report suspicious customers were shut down for disproportionately targeting black people.

Even while the motive — preventing crime and making policing more efficient — is sometimes well-intentioned, asking people to publish reports based on their fears and suspicions doesn't just open the door for prejudice, it justifies and encourages prejudice.

Watch the Times-Picayune's coverage of French Quarter Task Force below: