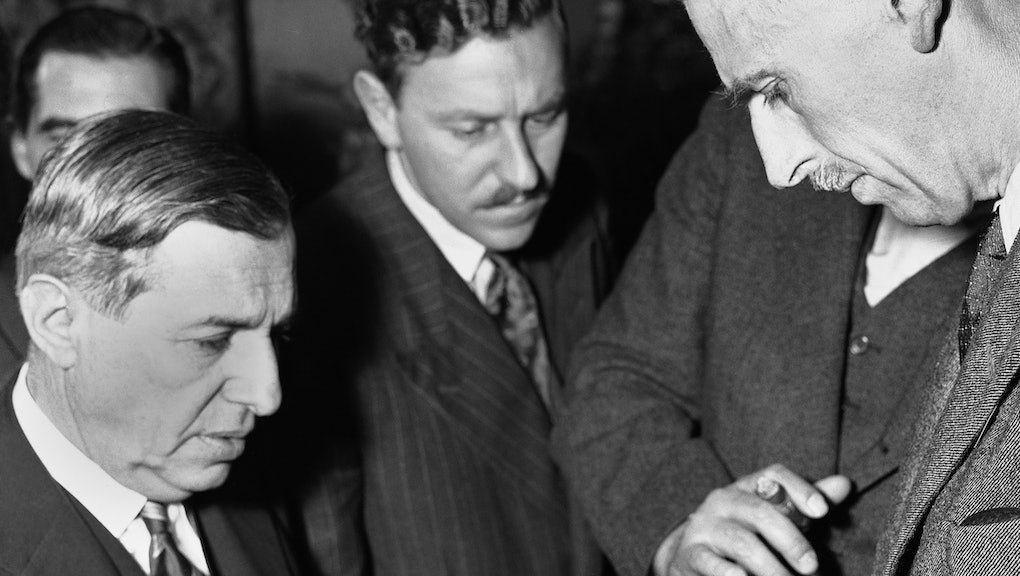 Who Was Explorer Percy Harrison Fawcett — And How Did He Disappear Without a Trace?

It's been more than 90 years since Col. Percy Harrison Fawcett disappeared somewhere in the jungles of Brazil, and, while a new film rumored to star Brad Pitt will attempt to tell his story, we're still no closer to figuring out what happened to Fawcett and his companions in 1925.

Fawcett, born in 1867, was the son of a British aristocratic family who developed a fascination with exploring at "the peak of the British Empire, a time when the English were constantly confronting and colonizing new, exotic civilizations," as David Grann, who attempted to retrace Fawcett's path in Brazil, wrote in the New Yorker in 2005, in a piece that he would eventually turn into the book The Lost City of Z.

In 1905, when Fawcett was a young explorer and a new father, the president of the Royal Geographical Society suggested Fawcett join the effort to map South America. "Here was the chance I had been waiting for," Fawcett wrote later, reported Grann, "destiny intended me to go!" Fawcett became fascinated by the Amazon, returning again and again, often on missions where many men on his team didn't survive.

Fawcett frequently encountered native peoples, but his understanding of them was limited at best. As Grann wrote, "Like many Victorians, he held views of indigenous Americans that were often blinded by racism. 'There are three kinds of Indians,' he wrote. 'The first are docile and miserable people ... The second, dangerous, repulsive cannibals very rarely seen; the third a robust and fair people who must have a civilized origin.'"

Fawcett became obsessed with finding a place he termed the "City of Z," which he believed to be the remains of long-lost civilization. He believed he had found clues that such a place existed in an 18th century Portuguese document that described ruins of a grand and ancient city.

But, as the 20th century wore on, Fawcett's work was interrupted both by World War I and by the field of archeology, which, according to Grann, was increasingly "supplanting the role of explorers." Despite the resistance from a changing world, Fawcett began to plan what would be his final expedition, an attempt to find the lost city.

In April 1925, at the age of 57, accompanied by a team that included his then 21-year-old son, Jack, and Fawcett set out from Cuiabá, Brazil, in search of the City of Z. More than a month later, Fawcett and his son sent out their last communications before they disappeared into the jungle.

In 1928, two years after anyone had last heard from Fawcett, the Royal Geographical Society sent out the first search expedition to find him, but came up empty. Fawcett's body has never been recovered, and to this day scholars still aren't sure what happened to him. Theories abound: He may have died of disease, starvation or drowning, but they're just that, theories.

Grann did discover something amazing about Fawcett in his quest for answers, however — the British explorer had been memorialized in the oral histories of a tribe he met.

"We stayed with many of the same tribes that Fawcett stayed with," Grann told CBS News in 2010. "And to my astonishment, they had an oral history about Fawcett and his expedition ... It describes how Fawcett had insisted on moving eastward, towards the 'River of Death.' And the tribe tried to persuade them not to go in that direction. In that direction were what they referred to as 'the fierce Indians.' And off he marched."