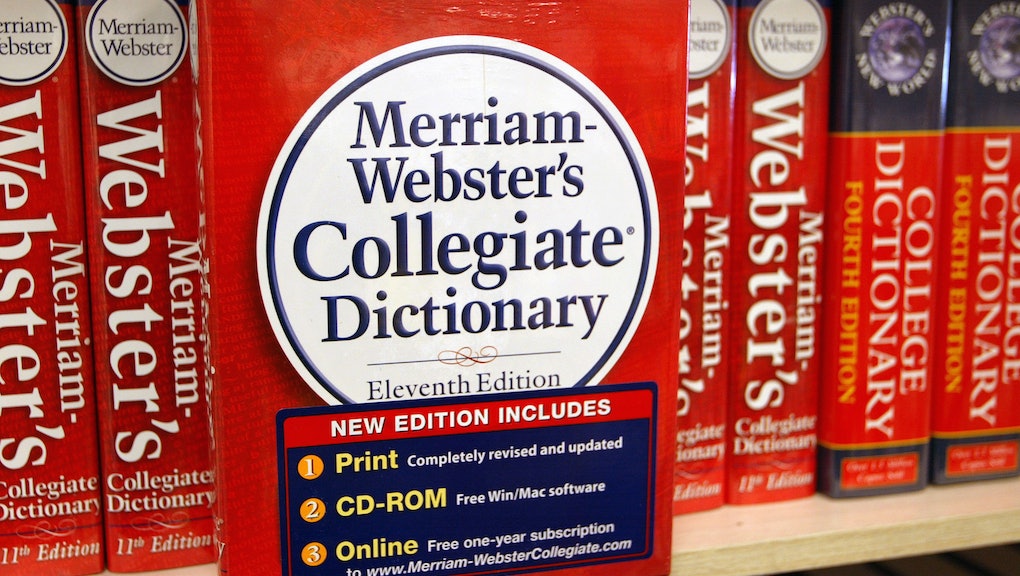 On Wednesday, Merriam-Webster caught up to speed with two words people have been using to describe their gender identity for at least a decade, adding "cisgender" and "genderqueer" to its unabridged dictionary.

According to Webster's, while the word "transgender" dates back to 1979, the origins of "cisgender" are more recent, dating back to around 1994. Meanwhile, NonBinary.org cites "genderqueer" as originating from a 1995 newsletter and later a 2002 essay that first used the term as two words.

Like Dictionary.com's words of the year, the new additions represent the cultural zeitgeist — what are people talking about and what words are they using to do that? When, in 2015, Dictionary.com announced "identity" as its word of the year, officials said conversations about figures like Caitlyn Jenner, Rachel Dolezal and Miley Cyrus inspired their choice.

(Notably, the Oxford English Dictionary, which many perceive as stodgy and out of touch, beat Merriam-Webster to the punch on "cisgender" last June. A co-inductee? "Twerk.")

Right now, words like "cisgender" and "genderqueer" are important to understanding current events like North Carolina's legislation requiring people to use the bathrooms that coincide with their sex assigned at birth, rather than their gender identity.

"The new entries and senses offer a kind of snapshot of how exactly our language expands," wrote the editors in a blog post announcing the recent entries. "It doesn't happen quickly — we monitored many of these words for years before they'd met our criteria for entry — and it's pushed by various fields and endeavors."