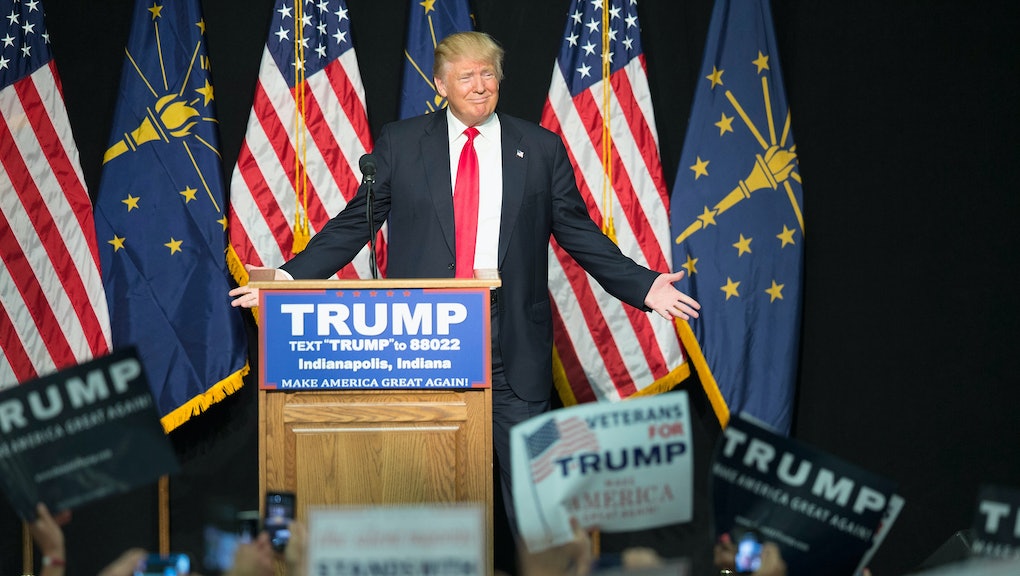 The Donald says North Carolina shouldn't have messed with its bathroom laws.

"There had been very few complaints the way it is," the Republican presidential frontrunner said Thursday of the North Carolina controversy over public restrooms use during a sit-down on NBC's Today show.

"People go — they use the bathroom that they feel is appropriate," Trump said. "There has been so little trouble."

The House Bill 2 controversy has caused confusion and backlash against the Tarheel State from critics who say the bill discriminates against transgender people.

Supporters of stricter rules say the legislation could protect public bathroom users from being preyed on by sexual predators and peeping Toms, although crime statistics don't show that's even an issue.

"North Carolina did something that was very strong and they're paying a big price, and there's a lot of problems," Trump said.

"What they're going through with all of the business that's leaving, and all of the strife — and that's on both sides — you leave it the way it is... The problem with North Carolina is the strife and the economic punishment that they're taking, so I would say that's probably the best [plan]."

Asked on Today if he has any transgender employees in his own business, Trump said he wasn't sure, but "probably does."

And he said if Caitlyn Jenner, one of the most famous American figures to undergo gender reassignment, were to need to a bathroom while visiting Trump Tower, she could use any which one she preferred.