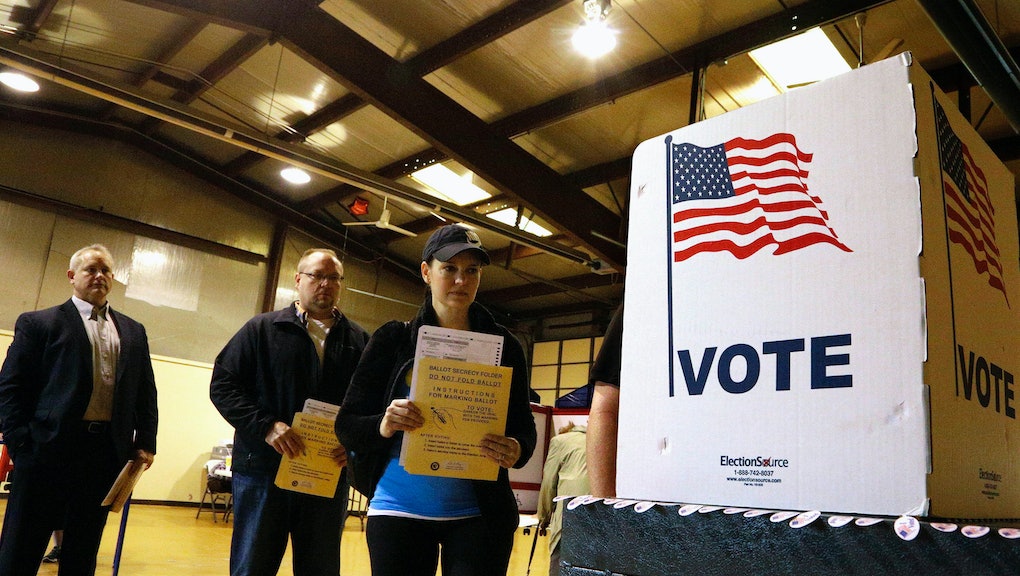 Your Guide to the 2016 Pennsylvania Primary: Date, Polls and Why It Matters

Pennsylvania's 2016 presidential primary is scheduled for Tuesday, April 26. As such, both parties' presidential candidates are campaigning hard in the delegate-rich Keystone State. There are 210 Democratic and 71 Republican delegates at stake in Pennsylvania's nominating contest, a substantial portion of those who will be allocated during the day's four primaries. In a race that's become as close as this one, every delegate a candidate gains matters.

Read more: After Big New York Victories, It's Likely to Get Even Better for Trump and Clinton

The candidates are busy hammering away at Pennsylvania voters. Directly after her victory in Tuesday's New York primary, Democratic frontrunner Hillary Clinton hustled to Philadelphia, while Vermont Sen. Bernie Sanders campaigned in Erie.

Texas Sen. and Republican contender Ted Cruz was already rallying the city of brotherly love on Tuesday, while opponent and Ohio Gov. John Kasich was busy appealing to voters in Pittsburgh. Party frontrunner Donald Trump, meanwhile, has initiated his own behind-the-scenes strategy to secure the state's delegates.

This is because Pennsylvania has a wonky Republican primary procedure. 17 delegates go to the candidate who wins the state, but the remaining 54 are unbound and can vote for whomever they please during the initial vote at the Republican National Convention. What makes the whole thing shadowy and strange is that the delegates' names appear on the state's GOP ballots free of qualifiers. Voters choose three delegates without knowing which candidates those delegates support.

On the Democratic side, things are more straightforward — party primaries always award delegates proportionally. Clinton's New York win solidified her lead over Sanders, whose campaign needs to win as many of Tuesday's delegates as it can in order to remain viable. According to Real Clear Politics, Clinton is roughly 16 percentage points ahead of Sanders in Pennsylvania, with 53% of voters' support to Sanders' 37%. RCP puts Trump 19 points ahead of his GOP opponents, with 44% support to Cruz's 25% and Kasich's 24%.

Connecticut, Delaware, Maryland and Rhode Island will also hold their primaries on Tuesday. To vote in Pennsylvania's, go here to determine your local voting site. Polls are open from 7 a.m. to 8 p.m. Eastern.