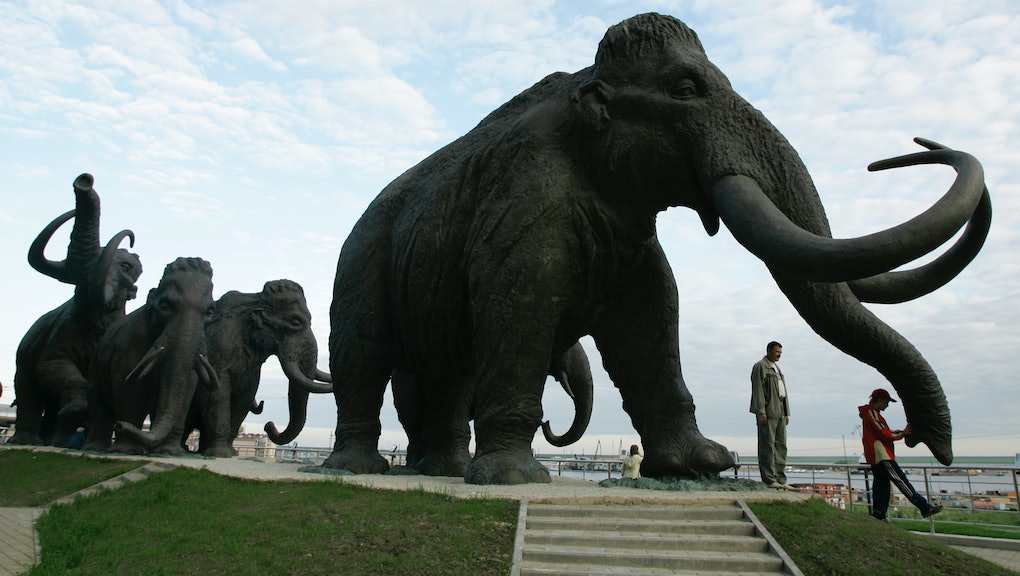 5 Extinct Animals Science Could Bring Back to Life

As climate change and poaching threaten species like the South China tiger, Gulf porpoise and Sumatran elephant, and while as many as 1 in 6 animal and plant species are facing extinction, scientists are working just as quickly to revive already extinct creatures.

Many worry about the ethical implications and practical consequences of resurrecting extinct animals, calling the "de-extinction" projects a misuse of funds and pointing out that the newly revived species may disrupt the current ecosystem. Nonetheless, projects are already underway to bring back at least a handful of animals that have been dead anywhere from thousands of years to mere decades ago:

Read more: 10 Magnificent Animals That Will Most Likely to Go Extinct in Your Lifetime

Native to Australia, the Tasmanian tiger — in the grand scheme of things — went extinct pretty recently. According to the Mother Nature Network, bounty hunters are largely responsible for wiping out the tigers, which died out some time in the 1930s. But in 2014, scientists in Melbourne found a fragment of its DNA and inserted it in mice. The professor leading the experiment said it's "highly unlikely" that the tiger could be completely resurrected, but let's hold out hope.

According to Scientific American, the last passenger pigeon died on Sept. 1, 1914 in the Cincinnati Zoo. While the bird's corpse can be seen at the Smithsonian Institution, University of California, Santa Cruz scientist Ben Novak wants to see the birds fly again. In 2014, Novak sequenced 32 samples of birds killed around the time passenger pigeons went extinct.

Eventually, researchers said they could be able to bring them back to life them in the future via genetic engineering, that's only the half of it: The resurrected birds may be a hybrid creature that will have to be trained to act like a passenger pigeon.

Hopefully they'll be more useful than these guys:

In January, professor Eric Harley of South Africa's Cape Town University reported that his project to bring back the quagga, a subspecies of zebra, from extinction is going as planned. Harley has already successfully bred six Rau quaggas — essentially imitation quaggas bearing coats resembling their original ancestors with black and white stripes fading to a solid brown — and is working toward breeding a population of 50.

In 2011, researchers at the University of New South Wales inserted the DNA of the gastric brooding frog, an Australian frog that has been extinct for 30 years, into an egg that successfully grew into an embryo. Though the embryo didn't develop into a fully formed gastric brooding frogs, scientists feel hopeful about what the embryo itself promises for the future of the frog.