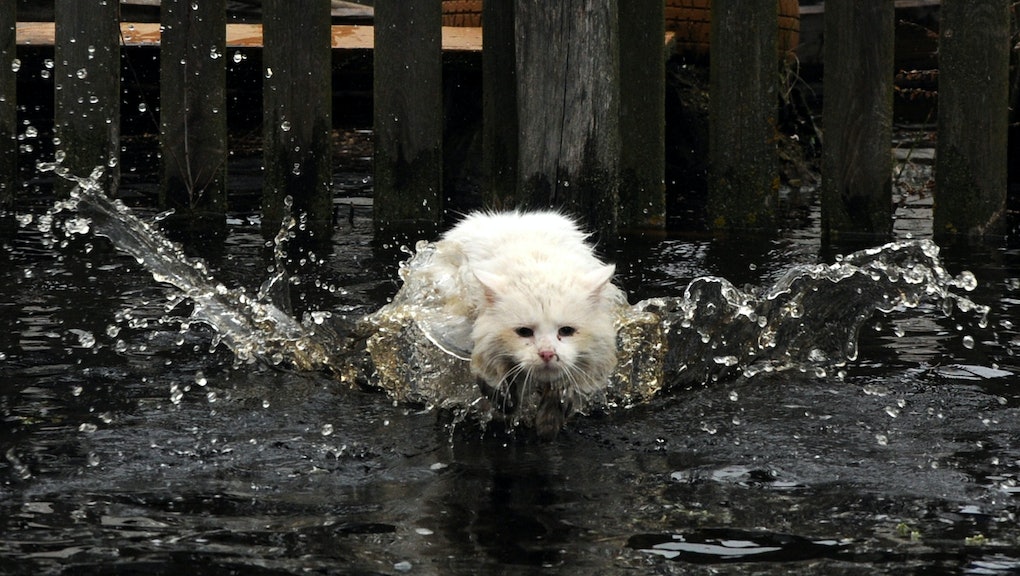 Can You Be Allergic to Water? Aquagenic Urticaria Is Real and Also, the Worst

It seems like it should be a paradox — being allergic to the very thing that makes up most of your body. And yet, it's possible for a person to be allergic to water. The rare condition is called aquagenic urticaria, and it sounds like the absolute worst. A water allergy leads the skin to erupt in angry, itchy red blotches any time it comes in contact with H2O.

"I describe it as like the top layer of your skin getting sandpapered off — you feel very raw. And there's an incessant, burning itch," Alexandra Allen, aquagenic urticaria sufferer, told the Science of Us. "My skin is pretty much constantly red, blotchy, and so itchy. It might not get to the point where it's hived, but it will be at the beginning stages and then go down or flare up. It's a mess."

According to Dr. Thomas Casale, chief of allergy and immunology at Creighton University, water allergies are very rare and typically not reported. They're also not entirely understood. "The mechanism has not really been defined," he told ABC, but we know roughly how it works. Urticaria are hives, which appear on the skin when a person's mast cells produce histamine in response to an allergen.

For people who are allergic to water, they'll develop a rash whenever their skin touches it. The water that makes up our bodies isn't a problem, according to ABC. Sweat, tears, rain — anything water-heavy can set the hives off, usually between 1 and 15 minutes after exposure.

Very few people are allergic to water, but for those who are (and they're more likely to be women than men), treatment options include oral antihistamines, topical steroids and epinephrine. These individuals are also advised to avoid bathing for as long as possible, and also, to avoid milk products, which can aggravate the condition.