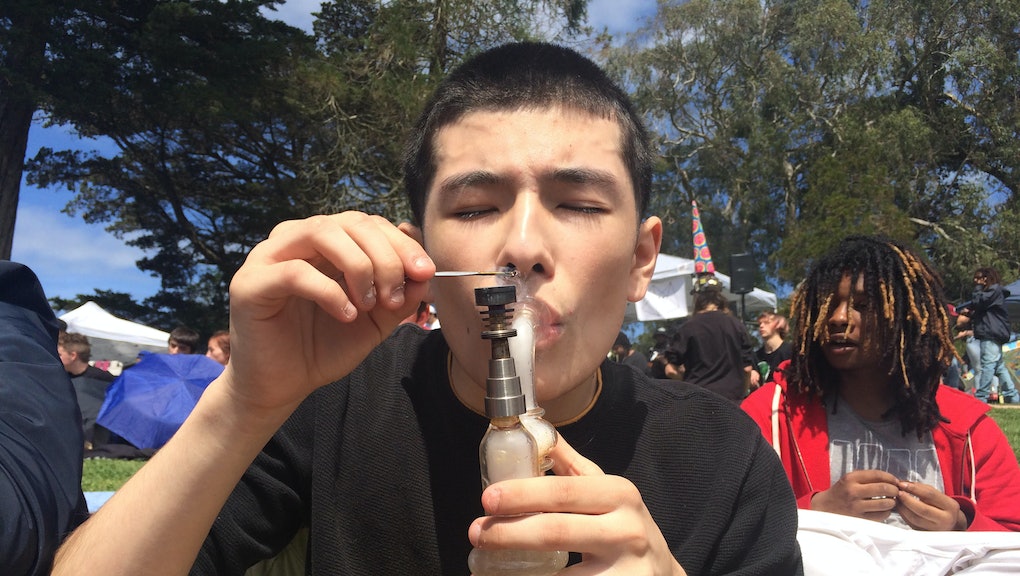 Can Smoking Weed Make You More Productive? Here's the Deal

There are many potential health benefits to using marijuana: It may be good for your skin, it can be used to help manage epilepsy and chronic pain, and some people even treat menstrual cramps with it. But can weed actually help with productivity? Or will getting high while you're trying to work just doom you to hours of eating snacks and watching funny videos on YouTube?

According to a Chris Bovey, CEO of "a mail order cannabis seed company," who spoke to Vice UK about the relationship between pot and motivation, it's possible to be a "successful stoner," but getting high probably doesn't make you more productive in the moment.

Read more: Does Marijuana Cause Mental Illness? What We Know About the Long-Term Effects of Weed

"Smoking doesn't make a huge difference to [my motivation]. I function quite well with it. In the evening it's quite good to relax ... If I get up in the morning and smoke a very strong indica I might not be the most productive person," Bovey told Vice UK.

The Cannabis Career Institute, a consulting company for programs that train people to enter the marijuana industry, actually reccomends certain strains of weed "to increase productivity for those who want to get things done," citing information from Leafly.com.

But what does science have to say about marijuana's effect on productivity? A 2013 study found that marijuana may actually be detrimental to "motivation," at least after long-term use. The researchers found that people who "smoke more cannabis and those who began taking the drug at a younger age" had lower levels of dopamine, "a chemical in the brain linked to motivation," in their brains, according to an announcement from Imperial College London.

So what does that mean for those hoping to use marijuana to increase productivity in the moment? The side effects, which, according to the Mayo Clinic, may include anxiety, euphoria, dizziness or forgetfulness, could make writing a term paper or finishing a project a little harder. But if you're looking for a non-marijuana related way to boost productivity, certain kinds of music have been shown to make people more productive.