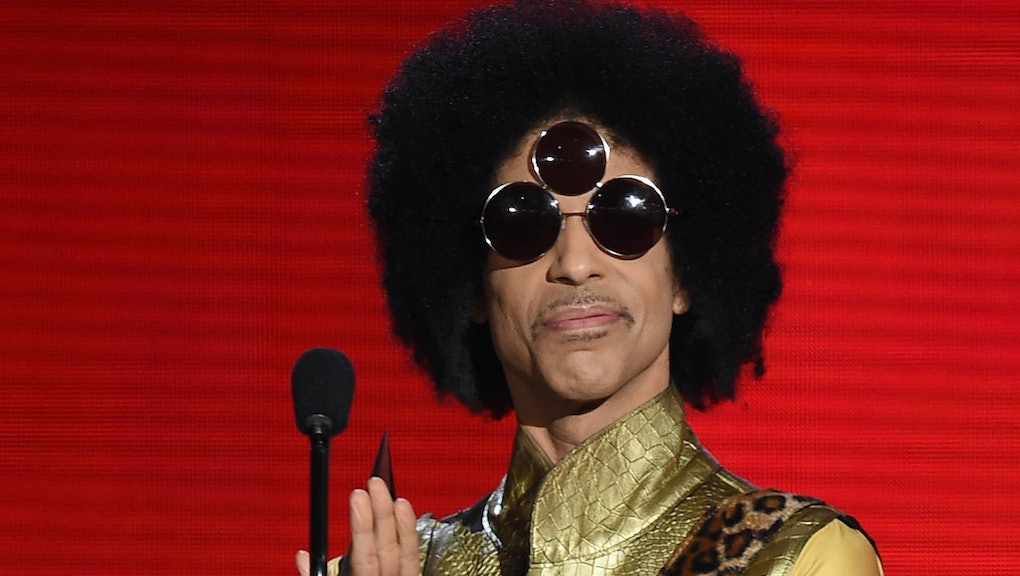 Prince, a prolific rock star known for his mysterious brand of funk rock, died Thursday morning at his Paisley Park estate in Chanhassen, Minnesota, TMZ reported and the Associated Press confirmed with his publicist. He was 57.

The sheriff's office responded to emergency calls at 9:43 a.m., and authorities later confirmed someone had died on the grounds, WCCO reported. During a press conference Friday, Carver City Sheriff Jim Olson indicated the singer's body showed "no obvious signs of trauma" and authorities had "no reason to believe" it was a suicide. Autopsy results, said Olson, will "not be ready for weeks."

The singer was rushed to the hospital after his jet was forced to make an emergency landing on Friday morning, reportedly due to a severe bout of the flu, but he had appeared to be on the mend, TMZ reported. Late Thursday, the website reported that Prince was allegedly treated for a "drug overdose" just six days before his death, and that he left the hospital against medical advice.

Prince made an appearance at a dance party near his home on Saturday to let fans know he was alright and recovering from an apparent flu that forced him to cancel two shows. "Wait a few days before you waste any prayers," he reportedly told the crowd.

Prince, born Prince Rogers Nelson in Minneapolis, achieved legend status with the release of his 1984 album Purple Rain, which Rolling Stone named the 76th greatest album of all time. He first rose to prominence in 1979 as his eponymous album, Prince, went platinum.

Over the course of his career, the artist earned seven Grammys and sold over 100 million records. In 1993, a contract dispute famously prompted the musician to change his legal name to an unpronounceable symbol, and media began to refer to him as "The Artist Formerly Known as Prince" until 2000, when the disputed contract was up.

Some of his best loved songs include "Purple Rain," "When Doves Cry," "1999," "Kiss," "Let's Go Crazy" and "Little Red Corvette." He performed a few of these during his Super Bowl XLI halftime show in 2007, which is considered one of the greatest of all time.