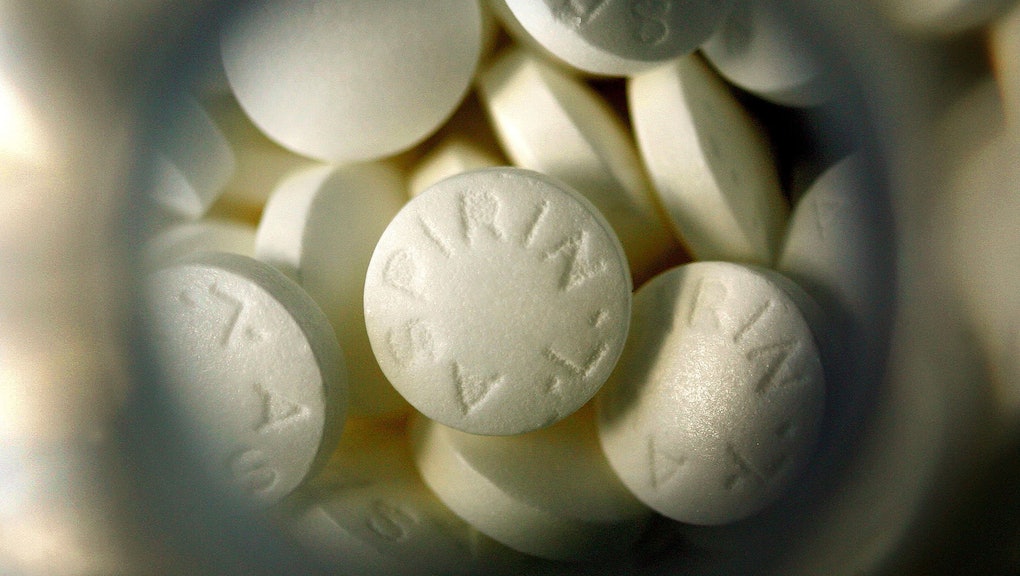 Taking Aspirin Can Increase Your Chances of Beating Cancer

A daily pill could significantly up your chances of beating cancer — and it's something you probably have in your medicine cabinet right now.

Researchers at Cardiff University's School of Medicine found a "significant reduction in mortality and cancer spread" among patients who took a low dose of aspirin in addition to their regular cancer treatments over five years, according to a press release.

The reduction is significant, indeed — "about 15 to 20%," according to a statement by professor and lead researcher Peter Elwood. The findings applied to patients with bowel, breast and prostate cancer.

Aspirin can reduce the incidence of cancer, past research has shown. One recent study, which tracked aspirin use in 135,965 health care professionals over a number of years, found that "regular aspirin use reduced the risk for all cancers by about 3%, though it had no impact on the risk for breast, lung or prostate cancer," according to the New York Times.

But the researchers were curious to see how aspirin affected the treatment of cancer, too. Their study, published in Plos One, entailed a systematic review of "five randomized trials and 42 observational studies of colorectal, breast and prostate cancers," according to the release.

They found more good news, besides aspirin increasing your chances of survival by 20%. Despite concerns that aspirin causes intestinal bleeding, "in no study was serious or life-threatening bleeding reported," Elwood said.

The team hopes its findings spur future research studies on aspirin's cancer-fighting benefits. And in the meantime, patients should give the drug some consideration.

"Despite the need for randomized trials," the researchers wrote, "we believe the evidence of benefit from aspirin is sufficiently persuasive that physicians should engage with patients in a presentation and discussion of aspirin as an additional treatment."