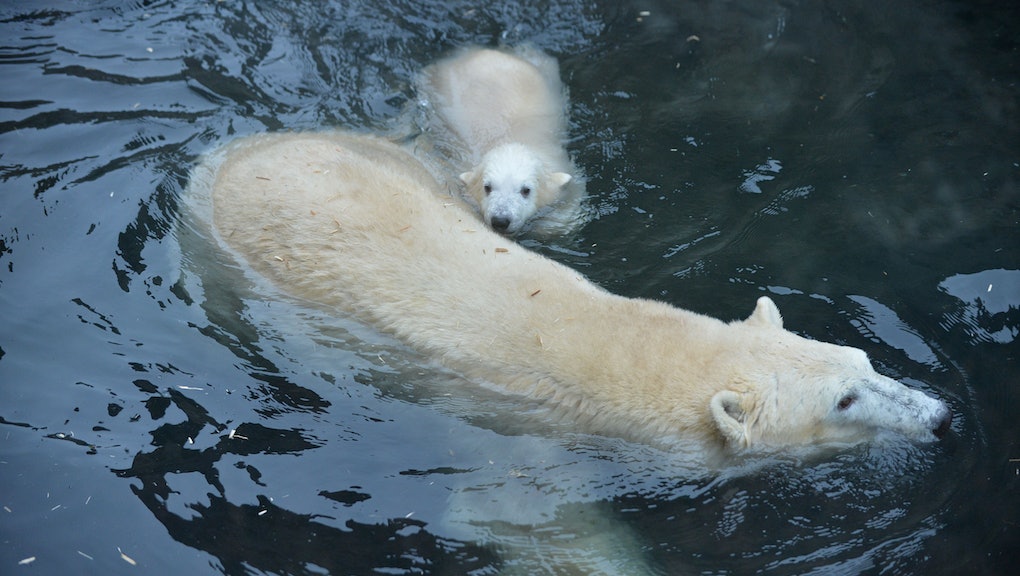 It can be hard to keep up with the destructive effects of climate change. Here's a refresher: Global warming is throwing the Earth off its axis, causing higher rates of disease and malnutrition, endangering food supply (including some of our favorites) and threatening to kill and/or displace millions of people and creatures around the world.

But if those facts alone don't scare you, University of Alberta biologist Andrew Derocher's newest research may do it.

According to his study, glacier melt is forcing polar bears into the water where they must swim for days at a time to find solid ground. And while polar bears are adept swimmers, they are not evolutionarily equipped to tackle such long distances.

Derocher and his team began tracking the swimming patterns of bears near Alaska and Canada in 2004. Twelve years later, the results are in: By 2012, the number of bears swimming more than 31 miles grew from 25% to 69%. With no ice to land on, one mother bear in particular had swum without stopping for nine days, losing 22% of her body weight and her cub along the way.

Read more: Climate Change Is Bad for Polar Bears, Manhattan, All of Humanity — And Winos

The study, published last week in Ecography, states in its abstract that while its rare for mothers to make these treks with offspring, adult female polar bears were associated with what the researchers refer to as the "open water gain."

"With cubs, if they have to undergo a long distance swim, it's basically a death sentence," Derocher told the Washington Post.

In case there was any doubt about what's to blame for the chain of events, researchers didn't mince words. "Results corroborate the hypothesis that long-distance swimming by polar bears is likely to occur more frequently as sea ice conditions change due to climate warming."