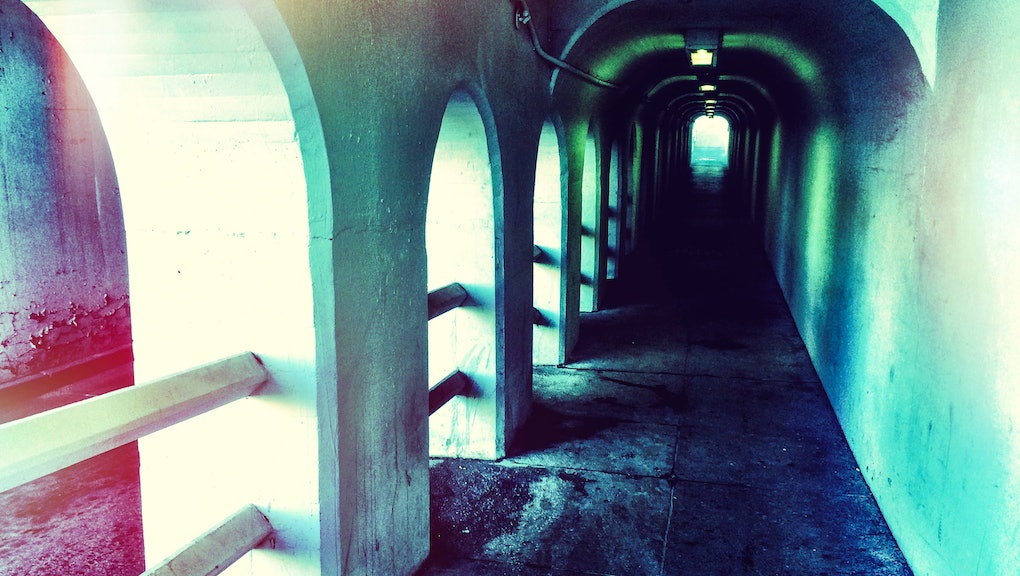 5 Ways Ghost Sightings Get Shut Down By Science and Logic

According to the Atlantic, a 2013 Harris poll found that 42% of Americans believe in ghosts. But otherworldly spirits can't possibly be walk among us... right?

Below are five ghost stories debunked by perfectly reasonable and boring scientific explanations. Read on to find out the truth about the spooky specters and paranormal phenomenons that haunt you — if you dare.

1. Your Ouija board spelling out a message

"Did you feel that?! OH MY GOD... it's spelling something out." Anyone who's ever used a Ouija board in their youth will remember the familiar feeling of the mystical lens gliding along the board of its own volition, seemingly guided by the hands of invisible spirits. Science can explain the magic with a phenomenon called the ideomotor effect, by which we make small movements that we don't even realize we're making. That means it's your own hand that's slowly spelling out your crush's name, and not a ghost's.

2. Objects moving on their own

Trembling furniture and books slamming to the floor off of their shelves seem to be true markers of nearby spirits roaming nearby, searching desperately for their eternal resting place. The more likely explanation? Infrasound, an extremely low frequency that's inaudible to humans but can cause some very serious physical reverberations. The bass that infrasound produces can cause anything from shivers down one's spine to unexplained feelings of anxiety and sorrow.

3. Those creepy glowing orbs in that old photograph you took

You're shuffling through your low res pictures from your family vacation to Salem, Massachusetts when you see something odd: A glowing orb just to the left of your dad's bald head on the stairs of the creepy hotel you stayed at. It turns out you haven't discovered a resident ghost, but more likely are experiencing a lame camera glitch, like a wet droplet or errant hair covering the lens.

No ghost story is complete without the image of a haunted house. Tormented by its former inhabitants, who legend often suggests died tragically or violently years before the current owners moved in, a classic haunted house is incomplete without slamming doors, soft groaning sounds or the sight of the former tenants in the form of a ghoulish apparition. It turns out there's a super-depressing explanation for all of it: carbon monoxide poisoning, which can cause homeowners to feel weak, sick and like they're hallucinating.

Any true ghost hunter knows that the true hallmark of a nearby spirit is the icy temperature drop that can be felt suddenly when you walk into its midst. But again, science has us covered. It's likely that anyone searching for ghosts in the dead of night finds themselves in an old, rundown building or house, where improper heating and ventilation is a surety. There's also the scientific process of convection, whereby fast-moving warm air rises and slow-moving cool air drops down.