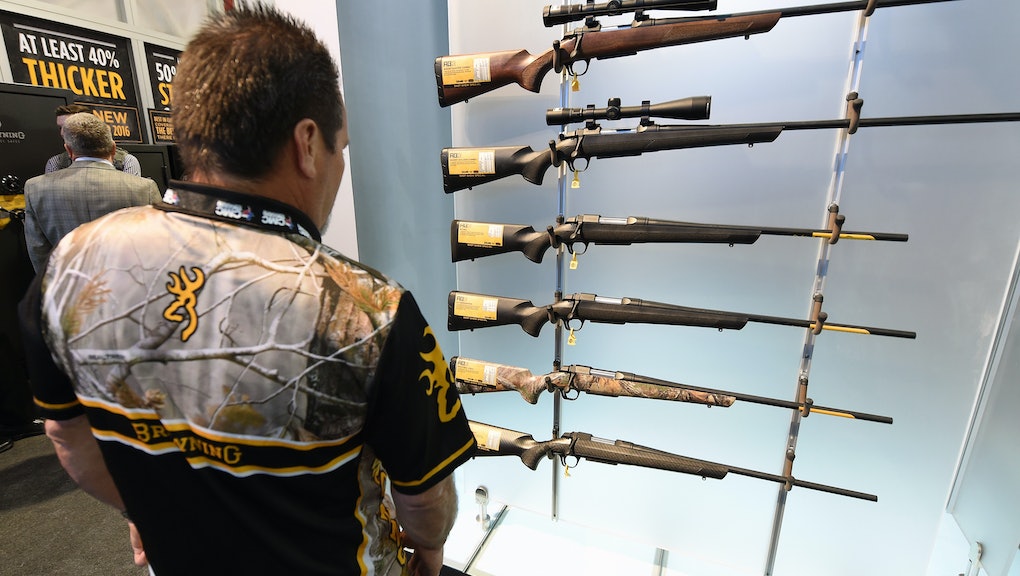 This week, Colorado's Douglas County School District announced plans to arm security officers with 10 semi-automatic rifles. The district's director of security, Richard Payne, said the eight armed officers in the district have only hand guns and that he would like to see them as equipped as law enforcement officials.

According to the Denver Post, Payne said officers would keep the Bushmaster "long guns" locked in the patrol cars and therefore would not be carrying them inside school buildings. However, this stipulation didn't allay the concerns of many who worry about the country's track record with school and mass shootings.

According to Payne, the district's security officers will be required to complete the same 20-hour course all other police officers are required to take. If all goes as planned, the district will roll out the first few weapons next month and the rest in time for the next school year.

Douglas County School District isn't the first to introduce firearms on campus: In 2014 Missouri's legislature passed a law permitting school employees to carry guns, becoming the 10th state to do so after the Sandy Hook shooting. And last year, Kansas Gov. Sam Brownback signed a law stating that on July 1, 2017, universities will be required to allow students to carry concealed firearms — with or without a permit.

While some believe that equipping the security officers with more advanced firearms will better prepare them in the event of a school shooting, others believe it may have just the opposite effect.

"If a security guard misses because the guy moves or whatever, what happens to that bullet?" Eileen McCarron, president of the Colorado Ceasefire Legislative Action, said to the Guardian. "It goes through the wall, and who is on the other side of the wall?

"I don't think the solution to gun violence is to add more guns and more powerful destructive guns. These are weapons of war."