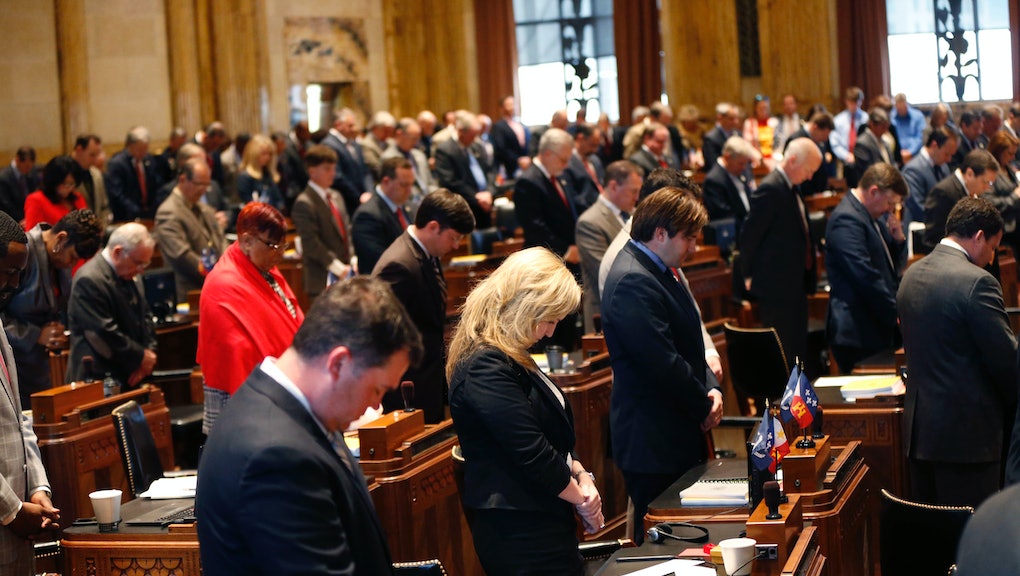 The Louisiana legislature is considering a bill that would add police officers and firefighters to the list of groups protected under the state's existing hate crime laws.

House Bill 953 was introduced by Rep. Lance Harris (R-Alexandria) on April 4. It has not been vetted by the House or Senate yet, but is scheduled for debate on the house floor April 28.

If this move seems unprecedented, that's because it is.

According to the Advocate, citing the National Conference of State Legislatures, no other state has passed a law that makes law enforcement officers and firefighters a protected class in the way Louisiana and others have for other groups based on race, gender, sexual orientation or religion.

But that doesn't mean the police aren't aggressively pushing for it.

Chuck Canterbury, the national president of the Fraternal Order of Police, demanded as recently as August that federal hate crime laws be expanded to include law-enforcement officers, according to The Times-Picayune.

The call came after a pair of New York City police officers Rafael Ramos and Wenjian Liu were ambushed and killed in their patrol car in December 2014 — the same month a grand jury declined to charge Officer Daniel Pantaleo with the murder of Eric Garner, an unarmed black man, in Staten Island in July 2014.

Housing Authority of New Orleans police officer James Bennett, Jr. was also gunned down in May while patrolling a construction site in the Big Easy, while a pair of firefighters were shot at while refueling at a gas station in Jacksonville, Florida, in December 2014. One of them sustained minor injuries, but neither was killed.

These incidents have fueled the narrative that police officers are facing heightened levels of violence because of the Black Lives Matter movement. There's just one problem:

America's police are actually in less danger now than almost ever before.

It's a dangerous job, of course, but compared with previous years, police officers in the U.S. are about the safest they've ever been.

According to the Washington Post, 2015 was the second-safest year for police officers since 1960. The safest was 2013. The single largest cause of on-duty fatalities last year was traffic accidents — not targeted anti-police violence.

The takeaway? There is no "war on cops."