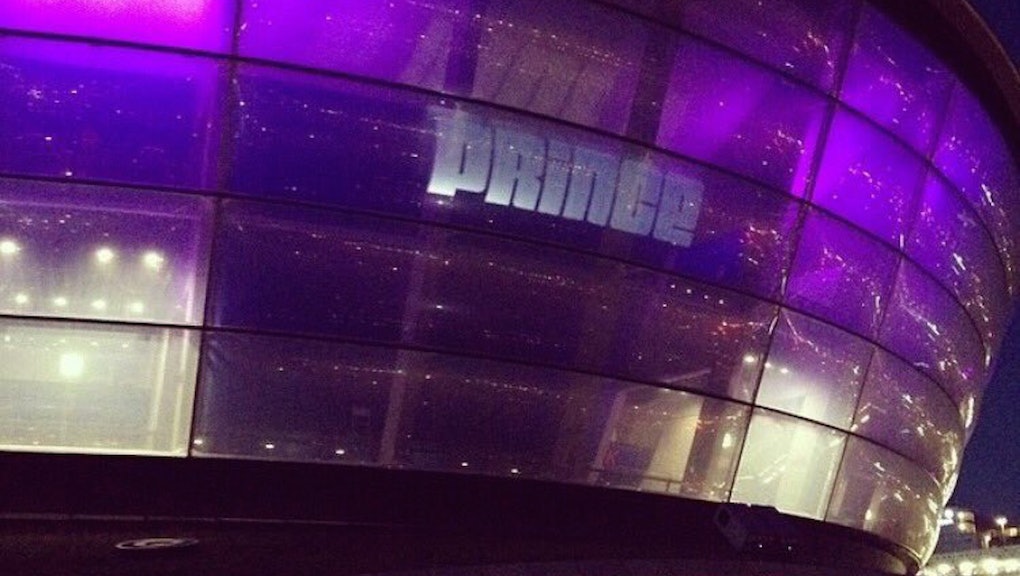 15 Prince Tributes Across the Globe That Honored 'the Purple One'

From digital social media to print magazines and historic landmarks, people and places everywhere shared their sympathy for the prolific musician's death and his defining award-winning album.

Read more: Prince Paved the Way for These Gender-Bending Artists

Several prominent city buildings across the nation lit up in purple to pay respects to the singer-songwriter, such as Los Angeles City Hall.

Stadiums and arenas — like the Oracle Arena and O.co Coliseum in Oakland, California — embraced the trend.

Eerily, social media lit up with images of the Minneapolis skyline, with reports saying it was "raining purple" on Thursday.

Some nighttime commuters were treated to stunning sights. Minnesota Department of Transportation outfitted the I-35W bridge in violet lights.

At the request of some Delta flight attendants at least one Minneapolis-bound flight bathed passengers in a purple glow:

And the New Yorker's May 2, 2016 issue will honor Prince with a minimalist purple rain design gracing the cover.

And Snapchat rolled out a purple rain filter.

Still others expressed their sadness at the death of the legend who was an inspiration to millions of artists and fans alike. ??