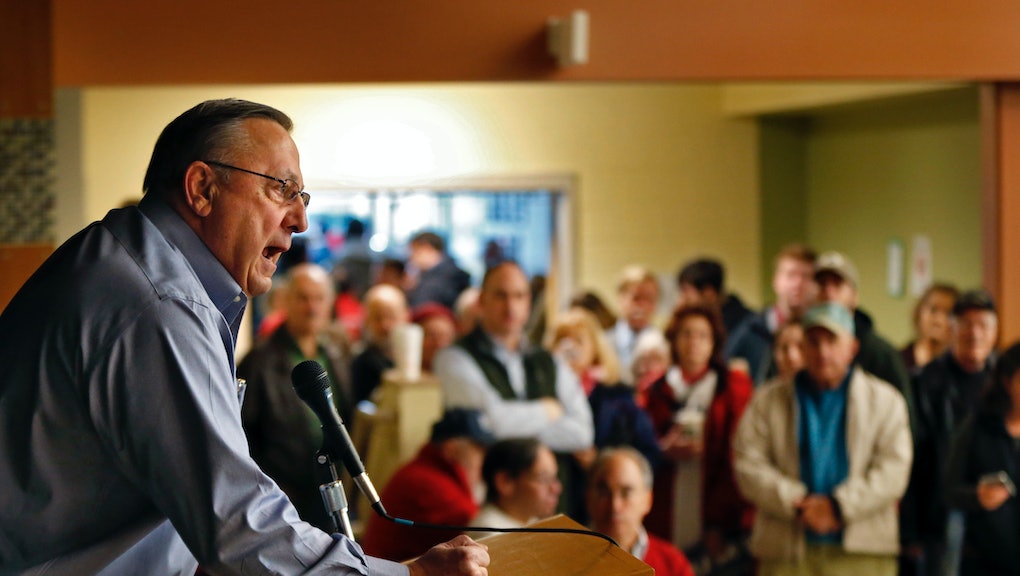 One day people will look back at this point in history and marvel at the people who clung stubbornly to the war on drugs as it finally began to wind down after decades of catastrophe. Maine Gov. Paul LePage is probably one of those people.

On Wednesday, the governor vetoed a bill that would make it easier for the public to access naloxone, a fast-acting rescue drug that counteracts the effects of an opiate overdose.

According to the Portland Press Herald, the legislature "passed the bill 'under the hammer' – or unanimously without a roll call" in a bid to combat the state's growing opioid epidemic.

LePage's veto letter not only defied that desperation-born consensus, it also included some remarkable language on why it wouldn't be worth it to make it easier to provide drug-addicted individuals and their communities with better access to anti-overdose drugs.

"Naloxone does not truly save lives; it merely extends them until the next overdose," LePage wrote, according to the Portland Press Herald. "Creating a situation where an addict has a heroin needle in one hand and a shot of naloxone in the other produces a sense of normalcy and security around heroin use that serves only to perpetuate the cycle of addiction."

In other words, LePage is arguing that the anti-overdose drug either encourages someone's addiction or just delays their inevitable addiction-fueled death, so why bother?

Setting aside LePage's moral assertion that it's not worth making an effort to keep people addicted to drugs alive, his dim view on their ability to recover — and the role that compassionate treatment plays in it — is not borne out by the facts.

States across the country are relaxing and expanding naloxone access alongside increased funding for drug treatment programs precisely because it's an effective way to save lives and change the culture surrounding drug addiction in a society. Studies show that surviving an overdose can lead individuals to seek treatment, and that addicted individuals trained to use naloxone decrease their injection frequency. The drug also saves money by decreasing hospital visits and overdose-related complications.

Both reason and compassion should lead one to support naloxone access. LePage displayed neither in his veto.