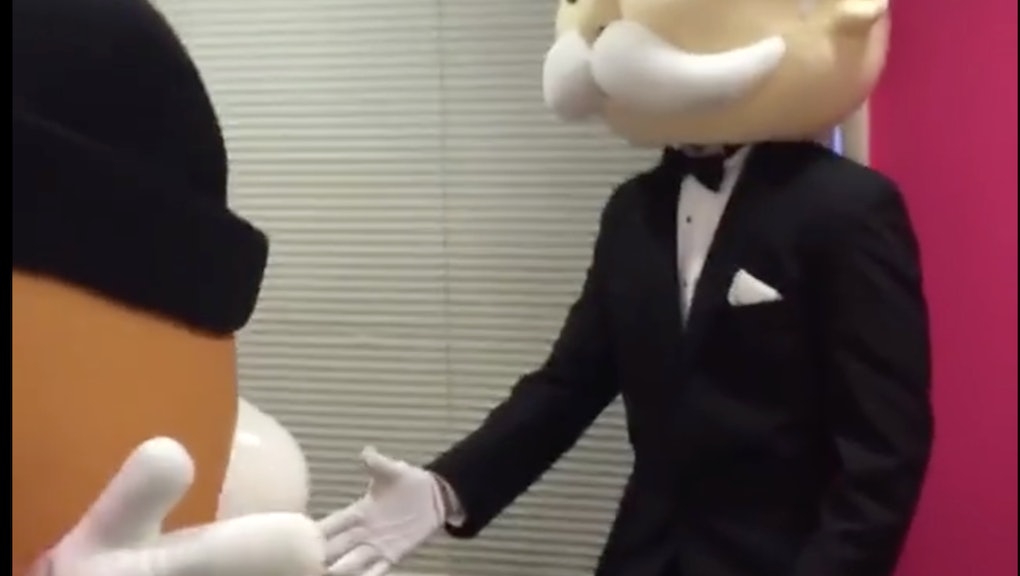 Hasbro Tried Its Hand at Facebook Live and the World Wondered: WTF Did We Just See?

Facebook Live is now a thing, and brands everywhere are trying to unearth creative ways to market their brand, or generate views for their content. However, in the case of Monopoly, they should probably go back to the drawing board — and more importantly, lay off the acid.

The Hasbro game had its first live stream on the Monopoly Facebook page, but interestingly, they chose to play a different game: Hungry Hungry Hippos. And who were the contestants? Mr. Monopoly and his apparent friends Mr. and Mrs. Potato Head.

It's weird enough to see them in live action, but it's all the more nightmarish watching them play the game in utter silence.

At one point in the heated throw down, the Potatoes seem to want out of the game, but the hippos haven't collected the full bounty, so Mr. Monopoly forces — forces! — them to carry on. And while you can't hear it, their silent suffering is palpable as they anguish over the game, and try to understand why these hippos are so goddamn hungry.

Is this a microcosm of our problems in America, where the 1% (Mr. Monopoly a.k.a. Rich Uncle Pennybags) have so much power that the little people (Potato Heads) are forced to comply with the system? Is Bernie indeed onto something?

It's that, or they seriously need to do some drug testing at the Hasbro headquarters.

Check out the full, disturbing video below, if you dare: