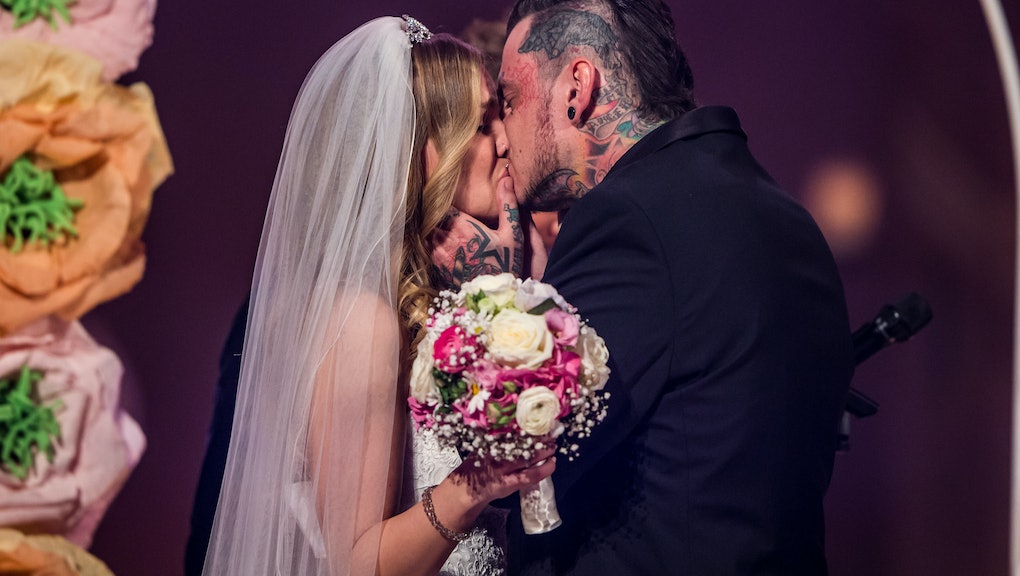 What if data from your FitBit and smartphone could make a better dating profile than a selfie?

Researchers at Newcastle University recently explored the more creative side of data with a dating experiment where participants created dating profiles based on recorded data, like walking pace and weekly food intake. They also filled in their own charts with more playful information, liked travel experiences or how many times they called their mothers that week.

The study followed 11 people — seven men and four women between the ages of 22 and 40 — through several social outings, starting off with a speed dating event.

"When they sat down, they swapped their profile with the other person," co-author Chris Edelson explained in a Skype interview. "We found people looking for points in common and points of difference."

Apparently, charts and graphs can have something of an aphrodisiac effect for data geeks. At least one couple has been in a long-term relationship since the speed dating event.

"What our study showed us is that you can be creative with data, you can play around with the way you present it and use it to relate to other people," Edelson told the Newcastle University press office.

"Just think about all the services that there are to edit, share and curate our photos. I'd like to see something like Instagram for data, where you could be playful and find new ways to design what your data says about you."

Data expert Chris Dancy, the self-described "most connected guy in the world," who uses hundreds of life-logging systems like FitBit to record his daily life, thinks most people who use dating apps and social networks don't understand how much data already influences their dating lives, thanks to the permissions app users grant on their phones.

"Location, activity, behavior, contacts, calendar scheduling, online interactions...your phone is collecting this information about you every day," Dancy said in a phone interview. "It's not the future. It's happening now. But we don't see any transparency in how companies like Facebook and Grindr are using that data."

Dancy believes there are both benefits and disadvantages to dating with data. "Today, gay dating apps allow you to filter by race, which forces some men to hide or suppress [their identities]," said Dancy. "Most people don't see data as a way to match capacity, but as a way to filter and eliminate people."

Despite trepidation, he is optimistic about the overall possibilities. "Whether you're a night owl or a morning person, whether you like to spend time outdoors or in offices and bars, that's a simple type of behavior data," Dancy said. "If we stop seeing data as a way to filter what we don't want, and see it as a way to explore ourselves and ask questions about what we don't understand, that same data can be used to help give us context."