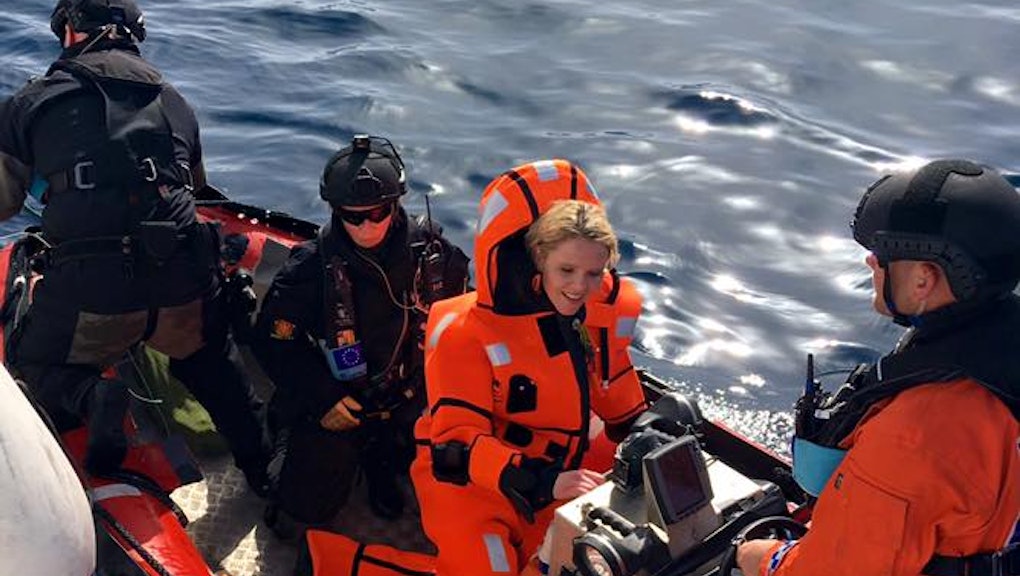 A word to the wise: Whatever you do, make sure it's not what Sylvi Listhaug just did.

Norway's new immigration minister is facing heat from critics after her attempt to show solidarity with migrants crossing the Mediterranean Sea blew up in her face on Tuesday.

According to reports, Listhaug wanted to experience what life was like as one of the more than 300,000 refugees who've tried to cross the Mediterranean Sea from Africa and the Middle East into Europe since the beginning of 2015.

This was not a good idea to begin with.

But it got so much worse when Listhaug donned a bright orange, full-body preservation wetsuit and floated around in the water for a few minutes before a boat — which was never more than a few feet away — came by and "rescued" her.

Listhaug did have the good sense to acknowledge her experience was "different" from the real thing.

"It is a completely different experience when you are wearing a survival suit," she told a Norway newspaper, according to the Washington Post.

Indeed, the availability of floating bodysuits might have gone a long way toward saving some of the estimated 500 migrants who died when their boat capsized on its way from Libya to Italy.

Critics were quick to slam the minister's move as insensitive.

Karin Andersen, a member of parliament who represents Norway's Socialist Left Party, suggested Listhaug open a window to experience "what it's like to be homeless," the Telegraph reported. Others reportedly said she should sit for a few minutes to see "what it's like to be paralyzed" or "close her eyes to experience blindness," according to the Telegraph.

To make matters worse, Listhaug is reportedly an advocate for letting fewer migrants settle in Norway. The northern European nation took in between 30,000 and 35,000 refugees and migrants in 2015, the Washington Post reported, but finds itself "rethinking its generosity" as its resources strain beneath the weight of the influx, according to the New York Times.

Don't try what Listhaug did at home. Or anywhere. If you want to learn what it's like to be a migrant, try something else — like actually asking a migrant.