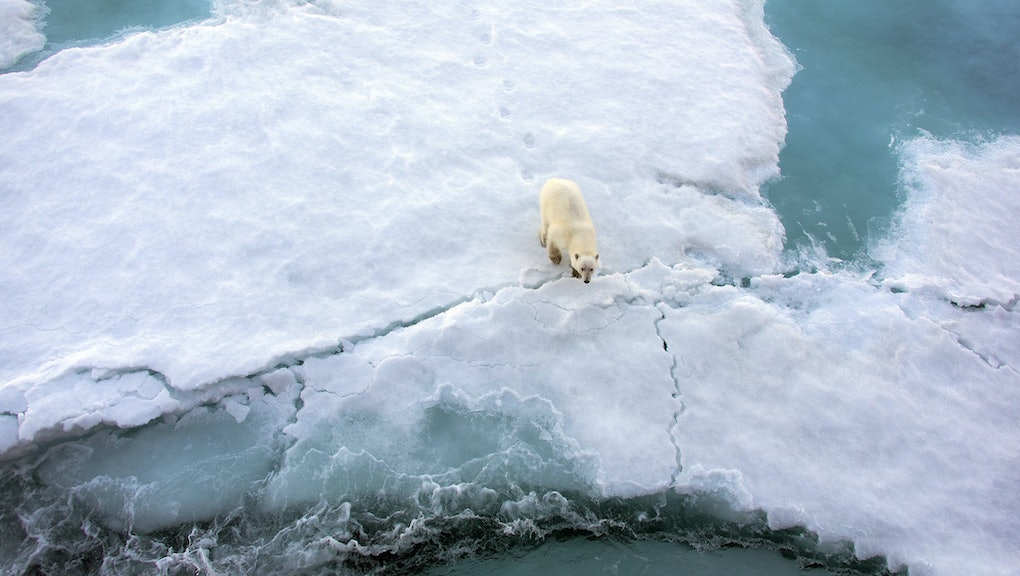 Today, as many as 170 countries may sign the Paris Agreement, a worldwide action meant to keep the planet's global average temperature below a 2-degree Celsius — or 3.6-degree Fahrenheit — rise.

One hundred and seventy countries on the first day of signing is unprecedented. It shows you that climate change is finally becoming a serious issue on the global scale — or, at least, finally recognized by the powers responsible.

It's a little alarming that, according to NBC News, there's still no word on signing from major oil producers like Saudi Arabia, Iraq, Nigeria and Kazakhstan. But Maros Sefcovic, energy chief for the 28-country European Union, said he's trying to get the whole EU on board, too.

Here's the kicker and second-most depressing thing you'll read this week: Despite the efforts, it still might not be enough.

The plan calls for that 2-degree change as the ceiling for climate change. In reality, the goal is 1.5 degrees Celsius. One analysis of projected change said we're looking at a 2.7-degree C increase. According to the Climate Interactive research group, the current pledges to fight global emissions still mean 3.5 degrees Celsius of global warming. There's no outcome with that increase that isn't bonkers scary.

We're only a few months into 2016 and scientific journals have already come out begging for stricter emissions regulations and some desperate measures to quell the incoming and almost 100% probable decimation of the planet. Some say our greenhouse gas emissions need to be cut in half if we want a remote chance of survival.

Others say we're looking at the sixth great extinction, practically turning formerly inland states into beachfront property. And this month, the American College of Physicians released a paper detailing how badly human lives will be hit by a warmer planet — from brutal vector-borne illnesses like the Zika virus to your annoying pollen allergies.

So while it's exciting that so many countries are finally getting their shit together enough to tackle this on the global legal scale, the likelihood that it could actually prevent destruction is slim.

But that doesn't mean we shouldn't still try. Given how fast technology has advanced in the last few decades, we may need every bit of borrowed time to find adaptations, if not fixes, to living in a wasteland. It's an incredibly dystopian outlook. But hell, that might be all we get.