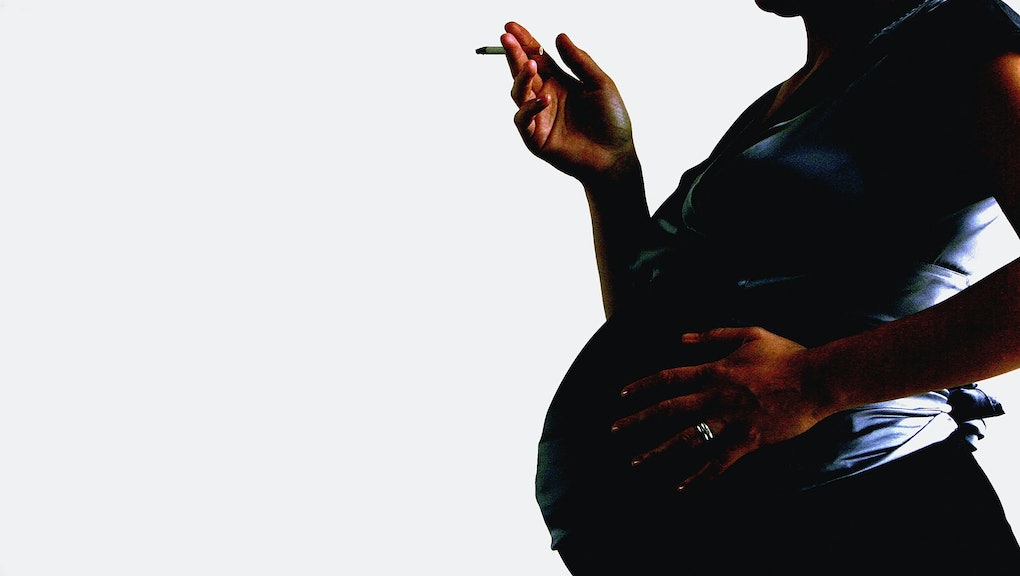 Should You Smoke Marijuana During Pregnancy? Here's What Science Has to Say

In short, no, pregnant people probably shouldn't smoke marijuana. According to the Mayo Clinic, marijuana use should be avoided "in women who are pregnant, breastfeeding, or trying to get pregnant," as "Marijuana may have serious risks and may cause low birth weight or abnormalities in the baby."

A 2011 study examining the relationship between cannabis use during pregnancy and birth outcomes "showed that cannabis use in pregnancy was associated with low birth weight ... preterm labor ... and admission to the neonatal intensive care unit."

In 2015, the American College of Obstetricians and Gynecologists (ACOG) released a statement warning against the use of marijuana by pregnant people, saying, in part, "Data show that children who were exposed to marijuana in utero had lower scores on tests of visual problem solving, visual-motor coordination, and visual analysis than children who were not exposed to marijuana in utero. Additionally, prenatal marijuana exposure is associated with decreased attention span and behavioral problems."

But the statement from ACOG acknowledged that marijuana "is the most commonly used illicit drug during pregnancy," and that the "self-reported" rates of use during pregnancy are between 2% and 5% but may be as high as 28% among certain populations. "Women who report that they are using marijuana while they are pregnant should be treated and counseled, not punished or prosecuted," according to the ACOG committee that issued the statement.

It's clear that, despite the medical advice to the contrary, some people use marijuana during pregnancy. According to WhatToExpect.com, a pregnancy resource site, "Some midwives recommend occasional marijuana use during pregnancy to treat morning sickness or decrease anxiety," but, "to be on the safe side, you're best avoiding pot while you're expecting."