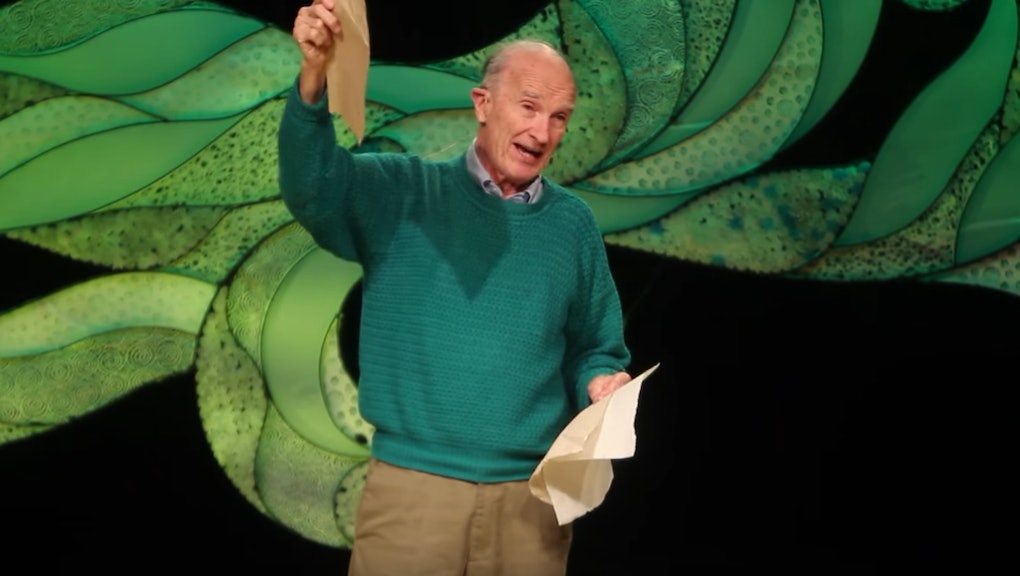 We've all been there: Despite how many paper towels you snag in the bathroom, it seems like your hands are never fully dry. It's the epitome of a first world problem, but nobody wants to touch your cold, wet hands, either. However, if people were to use just one paper towel per bathroom visit, the results would be extraordinary — over 571 million pounds of paper saved each year in the U.S. alone.

That's according to Joe Smith, who explains an effective way to minimize your towel usage in what could be the simplest TEDx talk of all time. The technique, which he appropriately calls the "Shake and Fold," is a two-step process: Shake your hands 12 times, and fold the paper towel to ensure drying efficiency.

Smith divvies up the audience into two sections, one that shouts "Shake!" and the other "Fold!" And just like that, you're saving the planet, one paper towel at a time.

Check out the full demonstration below, and don't forget to shake and fold this Earth Day and beyond.