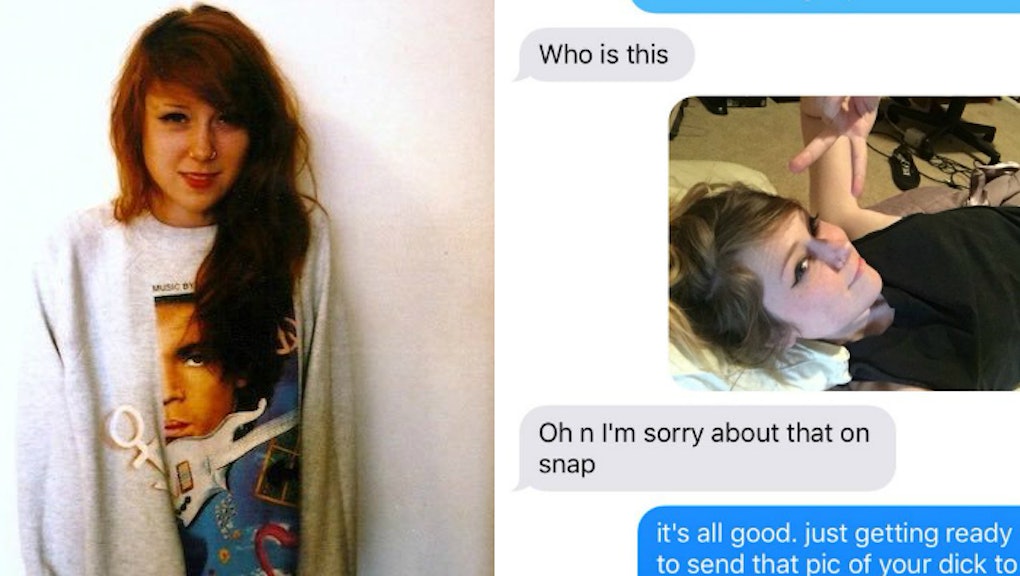 Imagine this nightmare scenario: Someone hacks into your iCloud and steals nude pictures of you.

Now imagine that a creepy stranger named "Geoffrey" comes across them on the internet and sends them to you via Snapchat. You feel violated and disgusted by this sex crime, but then! Geoffrey sends you pics of his own lil' ding-dong, creating the perfect opportunity to exact revenge. Do you do it?

Such was the quandary Florida rapper Kitty Pryde found herself in earlier this month.

First, the initial exchange, in which Geoffrey harassed Kitty with her own nudes:

Kitty, a sleuth, then revealed via text that she used context clues to locate Geoffrey's phone number.

Who knows if this is real, since @emocobra666 seems to have deleted his Twitter account and the whole saga went down on April 1 and all. But then again: Who would make this shit up? One imagines that a fictionalized viral tale would have a slightly more climactic ending.

So anyway. What an emotional rollercoaster this experience must have been for our friend Geoffrey and his allegedly weird AF dick! I wonder if he learned his lesson after such a v. suspenseful turning of the tables.