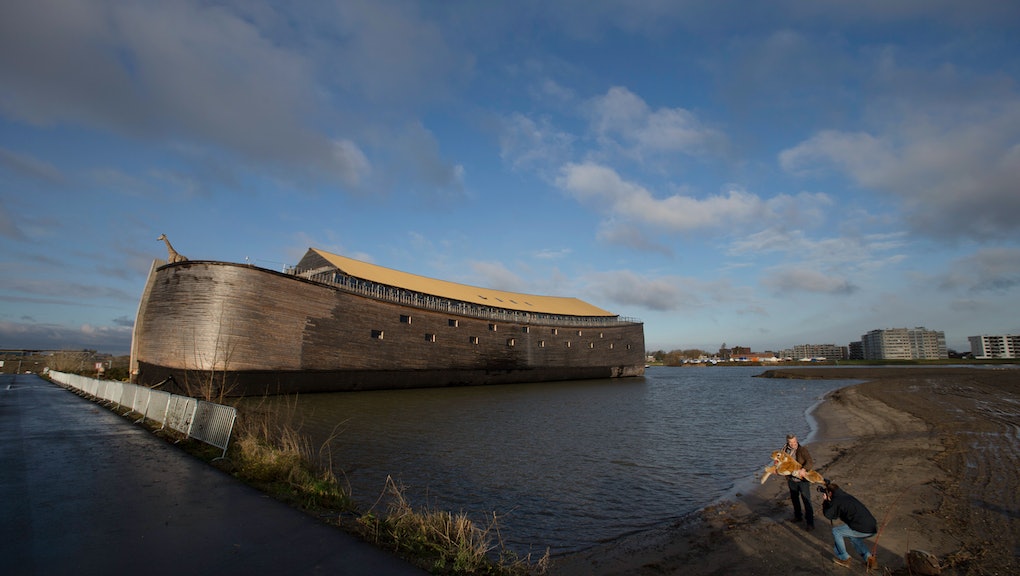 The Bible is filled with impossible phenomena, but one that has constantly been imitated in pop culture and discussed in the scientific community is the believability of Noah's Ark. The purported ark would have been able to hold two of every animal on board, and that's obviously a ton of space. However, there are some merits for the plausible existence of the ark, as well as overwhelming evidence to suggest it would've been an impossible creation.

Read more: The Apocalypse: Here's When Science Says the World Will End

We're gonna need a bigger boat: One of the biggest issues with Noah's Ark would have been the wide selection of animals aboard the boat. According to the Bible, you have the likes of lions and llamas, heavy animals but nothing too crazy. However, when factoring in the likes of dinosaurs, which would have been on the ship as well (Some Creationists will agree dinosaurs did exist, somehow to fit within the 6,000 year existence of Earth according to Genesis), the weight would've been too much to sustain. Not to mention, you'd have eight people on board to take care of all these animals — no easy task.

"That would mean, for example, the brachiosaurus (two of them, of course), each of which weighed about 50 tons and reached 85 feet (26 meters) long," Benjamin Radford wrote for LiveScience. "Even if two representatives all of Earth's animals could somehow fit on the ark, enough space would be needed for drinking water and food for an entire year."

That said, Russell Crowe certainly made it look doable in Noah.

It just had to float, doe: It's important to remember that the ark wouldn't have needed to be steered anywhere; it was merely going to withstand the flood. With that in mind, postgraduate physics students at the University of Leicester confirmed through their metrics that the boat would have remained afloat, based on how big it would have been.

According to the study, with the approximate ark measurement of 472 feet, it would have been able to hold up to 70,000 animals on board.

"You don't think of the Bible necessarily as a scientifically accurate source of information, so I guess we were quite surprised when we discovered it would work," student Thomas Morris said in an interview with the Independent. "We're not proving that it's true, but the concept would definitely work."

That is, until you consider that a recent scientific study posited that there are 6.5 million different species of land animals on Earth.

Still, Bill Nye isn't convinced: The Science Guy is willing to shut down any discussions about the feasibility of the ark, however — and he certainly has the credentials to do so. During his widely publicized debate against creationist Ken Ham at the Creation Museum in Kentucky, the nearly three-hour long debate eventually moved to the subject of Noah's Ark.

With regard to Noah himself, Nye questioned his craftsmanship and ability to create such a vessel, particularly when he had to house so many animals.

"Is it reasonable that Noah and his family were able to maintain 14,000 animals and themselves on a ship ... that was bigger than anyone's been able to build?" Nye questioned.

Well, it turns out some people still think it's reasonable. Despite this takedown from the acclaimed scientist, the subject actually sparked additional funding for the museum's Noah's Ark Encounter project, which will create a life-sized replica of the ark housed at the museum. With that extra funding, the boat is expected to be completed in the summer of 2016, and will eventually feature a zoo to accompany it.

Still, our gut is to go with what Nye thinks, and that means the story of Noah's Ark is just that: a story.