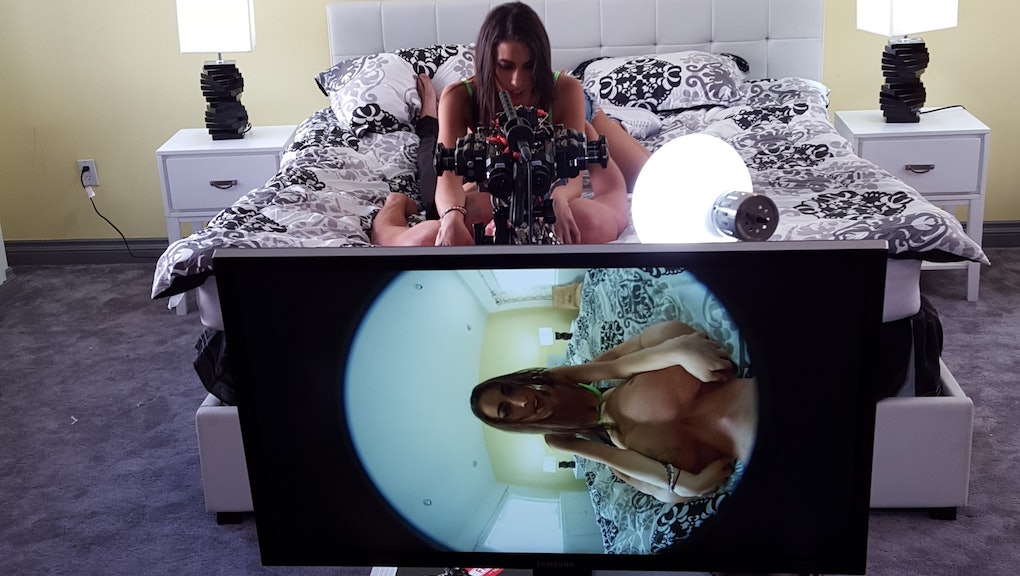 It can be wet and turbulent and unpredictable — all factors which have historically proven unkind to expensive hardware, especially if that hardware is an unwieldy virtual reality rig sitting close to the male talent's face.

The struggle of an early adopter.

Assume your positions: During production, the male talent is lying on his back with his head straight back, eight 4K resolution cameras hoisted above his chest, obscuring his view of the female talent.

Because of the big rig on his chest, the female talent sometimes struggles with where to look, unable to make eye contact with her co-star and sometimes bumping into the cameras, while some male performers have trouble keeping their arms still and their heads in proper placement.

And then there is the occasional malfunction where the furniture breaks.

It's also difficult to catch the perfect angles since the director can't be present at all times. And even if they capture the money shot and the male talent keeps it up the whole time, there's still a risk that the hardware won't perform its job faultlessly — there's an "exponentially increased risk of hardware failure", Price said — so they have duplicate components on site as backup.