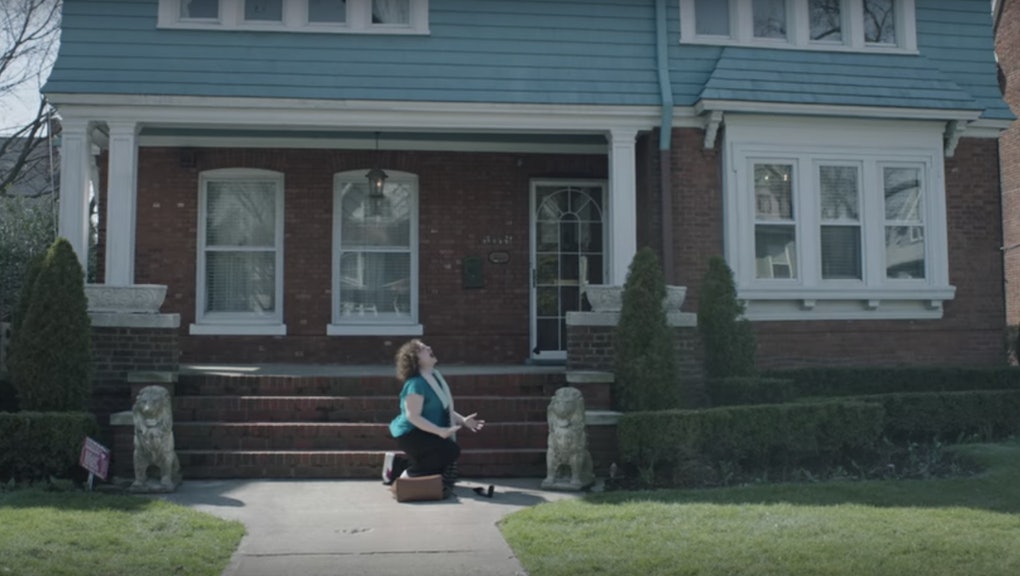 This Ad Perfectly Captures the Morning Struggle of All Working Women

We've all seen commercials where impeccably dressed working women glide around their kitchens, perfectly coiffed hair in place, demurely reaching for yogurts and sipping on cappuccinos before their workday begins.

But a new ad for Organic Valley's Organic Balance milk protein shakes is calling bullshit on those pristine depictions of women's morning routines, and instead offering a chaotic and absolutely accurate portrayal of what women are actually up to before arriving to the office.

The women in the ad nonchalantly deliver the results of a 1,000 person survey that Organic Valley conducted about the morning rituals of actual working women.

(Un)surprisingly, real-life professionals don't start their day doing "yoga in [their] underwear", or "journaling in [their] journaling nook", as the ad gently satirizes.

"According to science, most professional women don't have time for any of that," one woman hurriedly brushing her teeth declares.

Bedhead, stained clothing and hurriedly cleaning up after children prevail in the ad.

"Fifty-seven percent of us are up before the sun is up," says one woman, who climbs out of bed in the dark with an all-too-relatable manic grin that suggests she would like to commit murder in the first hours of her day.

"Twenty-one percent of us check our work email before even getting out of bed," mumbles another woman from beneath her comforter, her face illuminated by the glow of her cell phone.

The ad also claims that 9% of women cite dry shampoo as one of the "greatest inventions of the 20th century, and that 21% use an article of clothing to camouflage a stain.

The most inspirational of the statistics? "Fifty-eight percent of women will swear at someone or something" on any given morning. Too true, Organic Valley, too true.