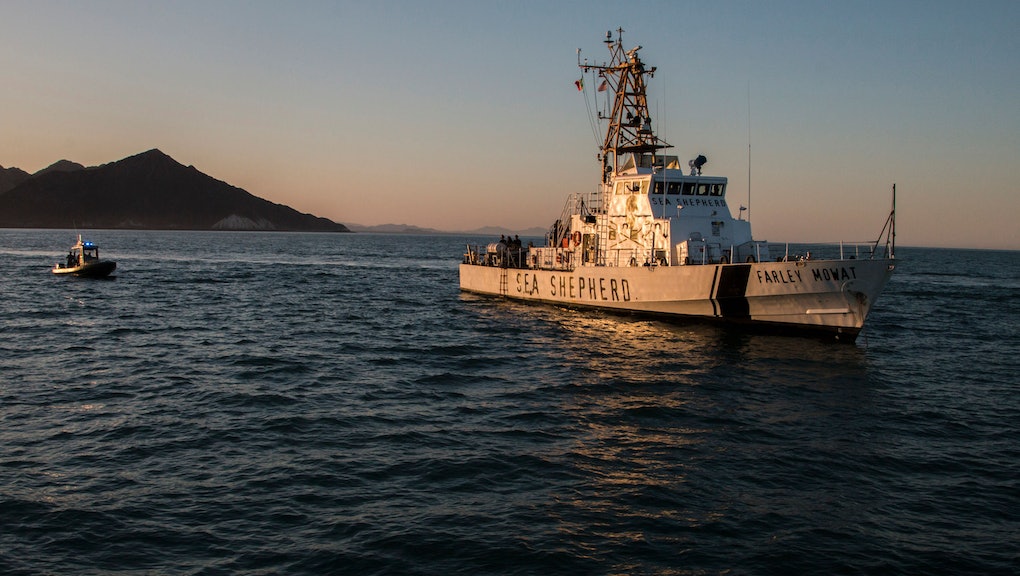 Using a night-vision drone, ocean protectors Sea Shepherd Conservation Society recently took aim at poachers preying upon the totoaba population in the Gulf of California, National Geographic reported. On April 15, Sea Shepherd sent the camera-equipped Predator to catch the poachers in the act.

"Using our night vision drone, Sea Shepherd was able to capture never before seen footage of totoaba poachers operating under the cover of darkness," Roy Sasano, a drone pilot and executive officer with the SSCS said in a statement. "Now the poachers know they cannot act with impunity."

The seafaring bandits employed huge custom gillnets to capture endangered totoabas — according to National Geographic, they also captured small porpoises named vaquitas, sharks, whales and other aquatic species. Totoabas are exclusive to the Gulf of California and, according to NPR, can grow to "the size of a football player." They're prized for their swim bladders, which the Chinese use for soup-making and medicinal purposes.

According to the SSCS's statement, its vessel — M/Y Farley Mowat — "hid in the darkness looking for illegal activity" and dispatched Predator as soon as it spotted this boat full of rule-breakers. They dropped their gillnet and scattered, but the SSCS was already sending their coordinates to the Mexican Navy.

Mexico's government gave the SSCS the go-ahead to police gillnets in the Gulf of California in January 2016, the statement said. It has since removed 40 of the devises, "saving untold numbers of vaquita, totoaba, whales, sharks, dolphins, and other marine wildlife."