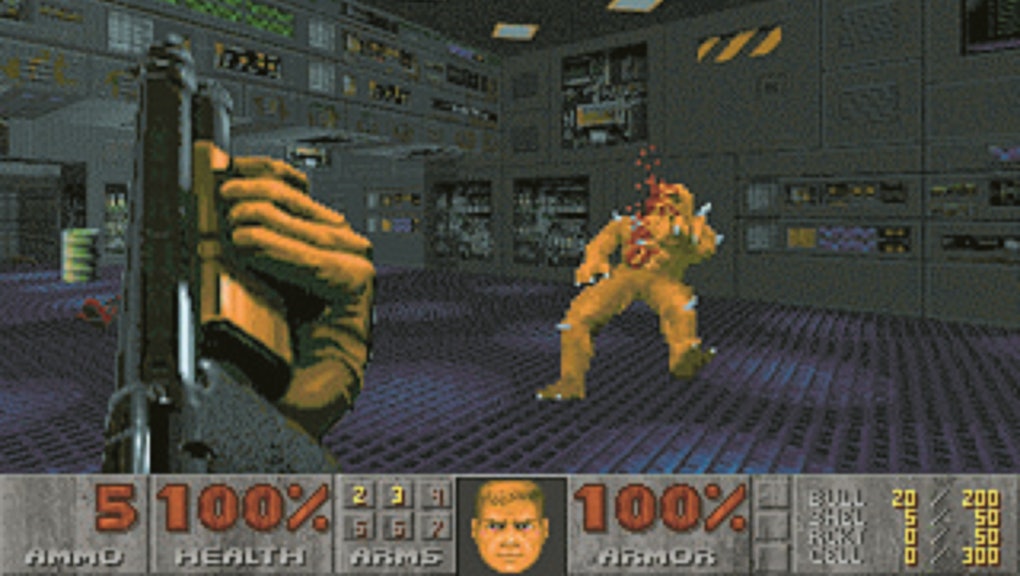 The Average Website Is Now Larger Than the Original 'Doom' Demo

The web's hit a milestone straight out of hell.

Genre-defining 1993 first person shooter Doom, which practically invented beating demons into a pile of gore with your bare hands, is around 2,250kb in size. According to mobiForge's Ronan Cremin, in the past few weeks, the size of the average website has blown past that target.

That means most web pages you visit are larger than one of the seminal releases in video game history:

As evidenced by an archive of Doom versions on DoomWorld, however, Cremin is likely using the shareware version of the game (which only contains a third of the full game's content) as his reference point. The full release version of the original game is a bit larger, though only by a few ultra-violent megabytes.

That's not counting decades of mods like Brutal Doom which have added heaps of irreverent, blood-soaked content.

Still, Cremin writes, "Recall that Doom is a multi-level first person shooter that ships with an advanced 3D rendering engine and multiple levels, each comprised of maps, sprites and sound effects. By comparison, 2016's web struggles to deliver a page of web content in the same size."

According to him, the primary culprit is feature creep — many websites now host large amounts of unnecessary information, from bloated plugins to poorly optimized images. But it's also a testament to how far video games, and computing in general, have come in the past two decades. Doom's upcoming 2016 remake of the same name is larger than 45 gigabytes, or roughly 20,000 times the size.