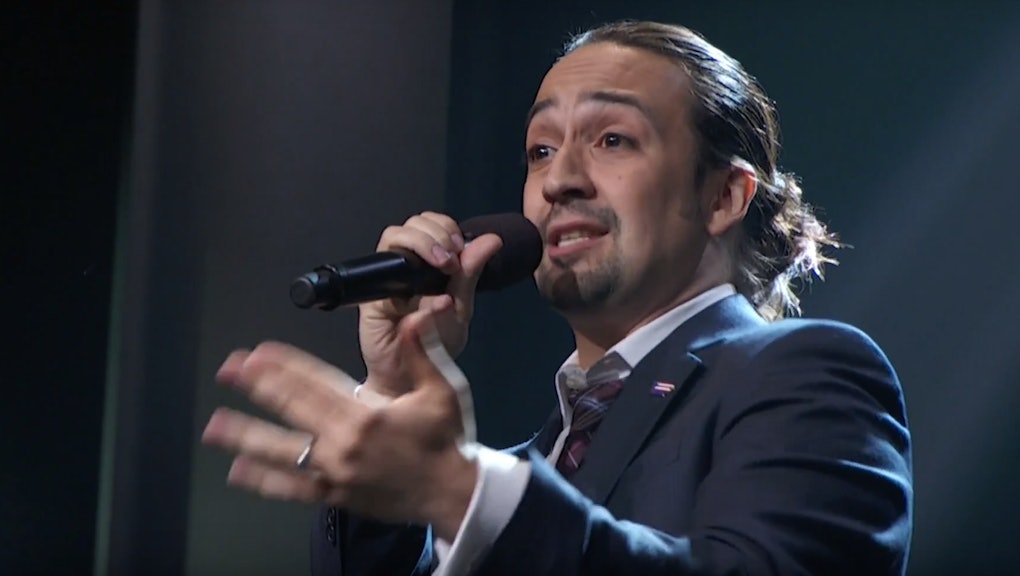 Lin-Manuel Miranda, the Pulitzer Prize-winning creator of the Broadway musical Hamilton, made an appearance on Last Week Tonight to rap about Puerto Rico — more specifically its debt crisis.

The United States territory where Miranda grew up has recently been imposing austere budget cuts in order to pay bondholders.

"Along with suicidal tax incentive declarations, 'Yeah we'll pay your bonds first, close the hospital, fuck the patients,'" Miranda raps. "This is an island, 100 miles across; a hurricane is coming and we're running up a loss."

Miranda's appearance came at the tail end of Oliver's monologue — a long disquisition on the origins of Puerto Rico's debt debacle and its roots in the island's unique status as a U.S. territory rather than state.

"Because it's a territory, many laws that apply to the states have loopholes concerning Puerto Rico," Oliver says. "Those little legal quirks have had massive consequences — some good, but many utterly devastating."

Oliver spoke of rich tax breaks the island received in the 1970s that briefly made it the de facto pharmaceutical capital of the the U.S. But those were gradually phased out, and the Great Recession hit the island hard. To keep afloat, Puerto Rico issued bonds that sold with abandon.

"They were extremely attractive in the marketplace and Puerto Rico actually got addicted," former Puerto Rico Gov. Luis Fortuño told Al Jazeera America. "It was a lot easier to just go out and borrow as opposed to making tough decisions."

Now, however, it's time to pay the piper, and with no good options remaining, it's not clear who will ultimately rescue the island from its debt woes.

But there probably will be a pair of Hamilton tickets for whoever does.