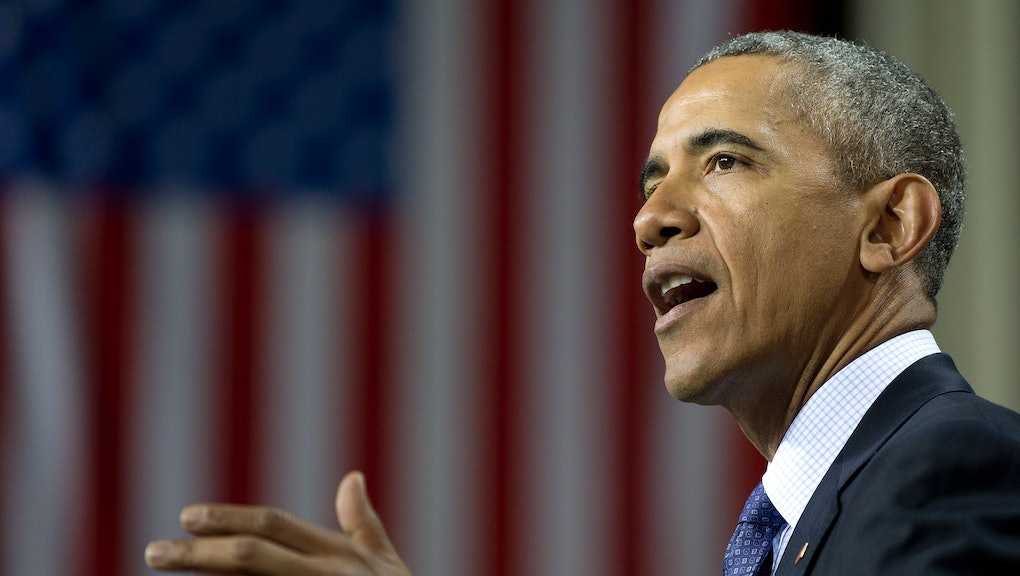 One of President Barack Obama's formative political experiences was working as a community organizer as a young man in Chicago. But you may not have guessed it based on his puzzling criticism of Black Lives Matter activists for "yelling" too much.

At a youth town hall Sunday in London, MSNBC reports that Obama expressed sympathy for the grievances of the criminal justice reform movement, but was skeptical of their tactics.

"You can't just keep on yelling at them and you can't refuse to meet because that might compromise the purity of your position," Obama said, per MSNBC. "The value of social movements and activism is to get you at the table, get you in the room and then start trying to figure out how is this problem going to be solved. You then have a responsibility to prepare an agenda that is achievable — that can institutionalize the changes you seek and to engage the other side."

Obama said he felt the Black Lives Matter movement was falling prey to a problem that afflicts all too many activists — an inability to translate advocacy into concrete programs.

"Too often what I see is wonderful activism that highlights a problem, but then people feel so passionately ... that they never take that next step and say, 'Well now I have to sit down and try to actually get something done?'" he said.

The problem: Obama's sentiment that activists can be better at agitating than execution is fair as a general concern, but in the case of Black Lives Matter it misses the mark by quite a wide margin.

First and foremost, Black Lives Matter did very rapidly form a wing that engaged institutional politics. In the last year, activists from the movement have met with officials at the White House and Democratic presidential candidates Hillary Clinton and Sen. Bernie Sanders. Movement members have launched multiple Black Lives Matter political action committees to support political candidates who take up their banner (although they've had a slow start). And some activists met with liberal megadonors at the Democracy Alliance's annual gathering in November.

Activist meetings with political movers and shakers have entailed the discussion of a wide range of issues, but there's evidence that they've had a real focus. Campaign Zero, which has figured prominently in high-level discussions, has laid out a very specific vision of police reforms required to reverse trends of police violence and overzealous arrest rates in communities of color. And when Democrats have discussed things like a "new New Deal" that invests funds in low-resource minority neighborhoods, it's precisely because activists have pushed them to use that language.

So what is Obama talking about? He may just be venting about the pressure that the Clintons — who occupy the same space in establishment Democratic politics that he does — have been experiencing in recent months from activists at speaking events. Hillary Clinton was called out in February for her 1996 reference to certain young black criminals as "super predators," and Bill Clinton was disrupted during a speech earlier in April over the 1994 crime bill. Perhaps in Obama's eyes, those kinds of actions have been overly shrill and a distraction from the kind of mature and sober meetings that activists should be having behind closed doors.

But that complaint is weak as well. Those confrontations have spurred serious public conversations about the past that matter in the present. Talking about the dehumanizing language that politicians on both sides of the aisle used toward black youth in the '90s has been important for contextualizing the kinds of anti-crime policies that were pursued at the time. And scrutinizing the Clintons' support for tough-on-crime policies from that time is an effective way to push them to be better on the issues, as well as create a bigger mandate for more sweeping reform.

The reality is that successful social movements need both strident advocacy and an ability to engage in deal-making. Both those impulses complement each other by shifting the conversation, and then translating that conversation into action. Given that most reforms that are being considered in Washington at the moment offer fairly weak corrections to a deeply flawed criminal justice system, there isn't a strong case for activists to be yelling any less. In fact, given that political reform always hinges on momentum, they should probably be yelling more.