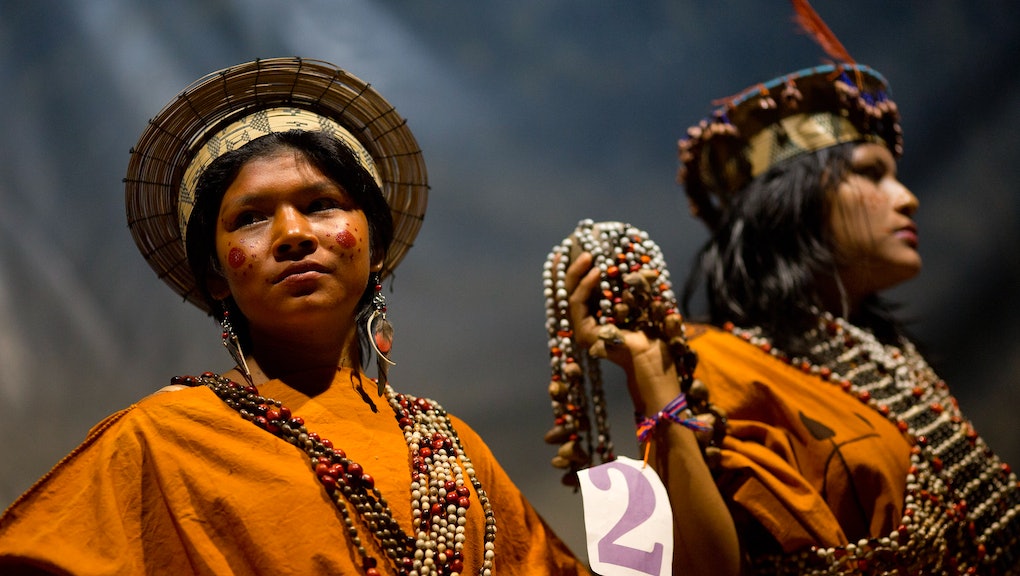 This month in terrible ideas, a reality TV show from the U.K. is sending spoiled British teenagers to live with indigenous tribes to teach them about humility.

It's as bad as it sounds.

According to the Guardian, the show's first episode finds two white youngsters — Ethan, a college dropout who sits on his mom's couch playing Xbox all day, and Alexa, described in the same review as "haughty, rude, with the affected superiority of a newly ensconced dictator" — sent to live with the Ashaninka, a tribe in the Peruvian Amazon whose ancestral lands are routinely threatened by mining, logging and dam operations.

The Ashaninka are tasked with immersing Ethan and Alex in their traditional ways and teaching the teens the value of hard work and life outside their comfort zones.

But the show follows a troubling precedent.

Using indigenous or "exotic" cultures as a backdrop for white personal growth is a trope as old as media itself.

A companion to the "white savior" narrative, the white (or otherwise privileged) person in crisis who finds salvation through the simpler ways of an ethnic "Other" is just as bad, and can be seen in media ranging from Dances With Wolves to The Last Samurai and even — in a purely thematic sense — a science-fiction flick like Avatar.

So should I watch it?

You could hate-watch it, but only if you hate yourself or if you're into shows like Beyond Scared Straight — only the thing that scares you straight is having to hang out with brown people 24/7.