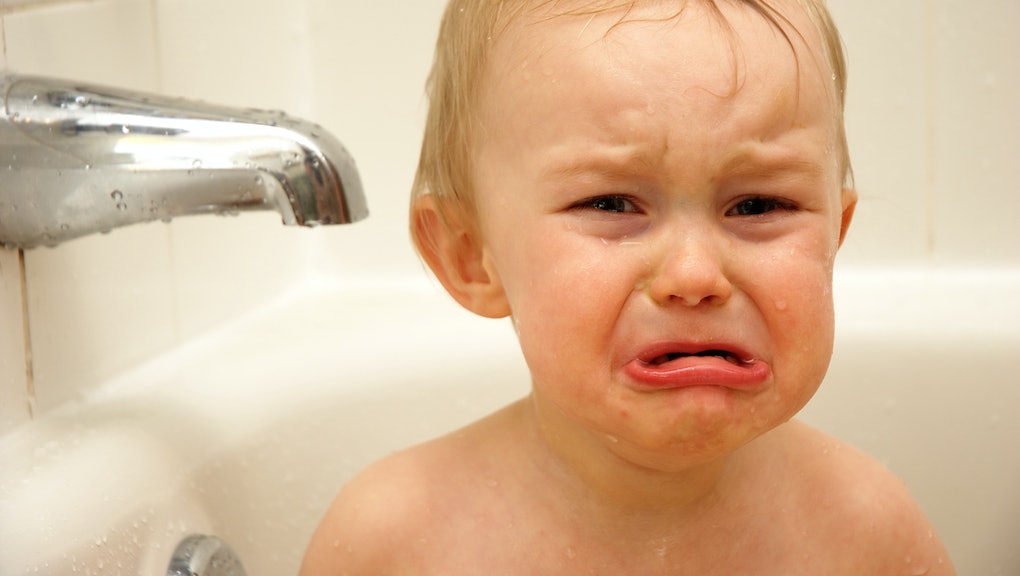 Gender Stereotyping Begins at Just 3 Months Old, According to Science

At 3 months old, babies begin to kick their legs, develop hand-eye coordination, sleep through the night — and experience gender stereotyping.

It's no secret that gender expectations are forced upon us from an early age. Male babies are dressed in blue clothes, female babies in stuff that's frilly and pink. In the toy aisle, trucks and race cars are marketed to boys, while princesses and glitter are marketed to girls.

But gender stereotyping may begin as early as 3 months old, according to new research published in BMC Psychology. Adults make assumptions about babies' sex and gender based on the pitch of the babies' cries, the study found — despite there being no difference in pitch between boys' and girls' voices until puberty.

Sadly, those assumptions may affect the way babies are treated.

"There is already widespread evidence that gender stereotypes influence parental behavior, but this is the first time we have seen it occur in relation to babies' cries," researcher David Reby, of the School of Psychology at the University of Sussex, said in a statement.

The study: Researchers played cries from 15 male babies and 13 female babies — an average of 4 months old — to various groups of adult listeners. Then, they surveyed the adults about their perceptions of the babies' sex and gender.

Why it's a problem: If adults stereotype babies' gender based on the sound of their cries, it "may directly affect the emergence of children's gender identity," the researchers wrote:

"The fact that high-pitched boys are perceived as less masculine raises the possibility that adults may adjust their caregiving behavior in accordance with other gender stereotypes, e.g. by engaging them in fewer 'boyish' activities, or expecting them to perform poorer during physical activities."

What's next: "We now plan to investigate if such stereotypical attributions affect the way babies are treated, and whether parents inadvertently choose different clothes, toys and activities based on the pitch of their babies' cries," Reby said in the statement.

It's awesome that researchers are looking into gender stereotypes among newborn babies. But the pitch of babies' cries is just one of many reasons parents may force gender norms upon their kids. Vocal pitch aside, babies who are born female are still more likely to get saddled with Barbies and ballet class.

Let's research how to bring down the patriarchy instead.