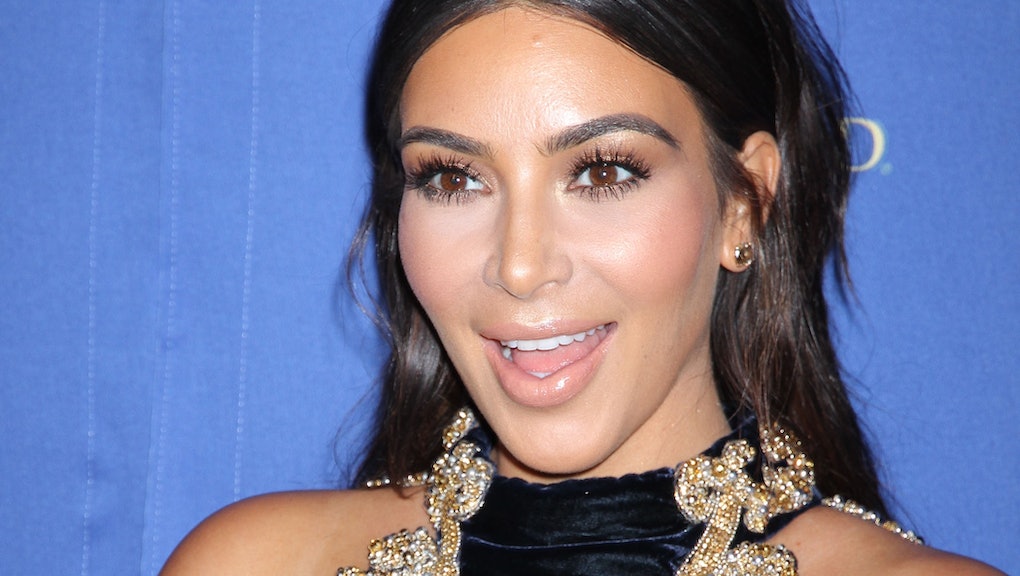 Kim Kardashian West posted Saturday night a series of 15 black and white Instagram photos that just so happened to coincide with the release of Beyoncé's internet-breaking visual album Lemonade. The photos featured lots of limbs, an ice cream cone and celebrities like Mel B, Kanye West and Kourtney Kardashian — all were attending David Grutman's wedding.

But Beyoncé fans saw right through the coincidence and started commenting with bee, crown and lemon emoticons on Kardashian West's pictures, which served to accuse her for trying to steal Beyoncé's thunder.

"She struggling to get more followers than Beyoncé again," one commenter wrote.

"She's so desperate, unfollowing this mess," another said.

"Stop trying to steal the light from Beyoncé," another wrote. "Just embarrassing herself."

"All y'all posting lemons are a part of then problem by some how trying to throw shade or compare these two wonderful women...get over yourself," one commenter said.

Read more: With 'Lemonade,' Beyonce Has a Clear Message for Pop Music: Do Better

But Beyoncé's revolutionary album remained unstoppable on social media, and comprised of Twitter's top three trending hashtags on the night of its release.