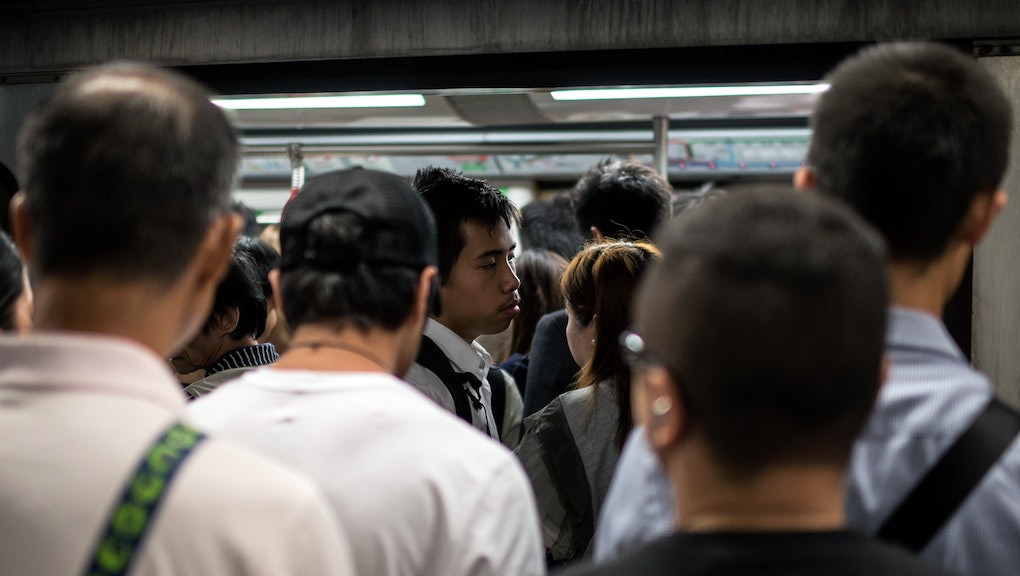 This ballsy woman just schooled us all on how to take on sexual harassment.

Last Thursday, a woman in Nanjing, China caught a man on the metro attempting to take pictures underneath her skirt with a hidden camera inside his bag.

According to Chinese newspaper People's Daily, she confronted the man, shaming him until he literally ingested a piece of the memory card to destroy all his photos, then posted the below video of the incident on the Chinese social network Weibo, with a caption encouraging women to stand up for themselves and not be afraid of harassers.

Instead of giving up all hope for common decency, like that ridiculous judge, let's follow the example of that badass Chinese woman and confront perverts on public transit whenever they think they deserve automatic access to women commuters' bodies.