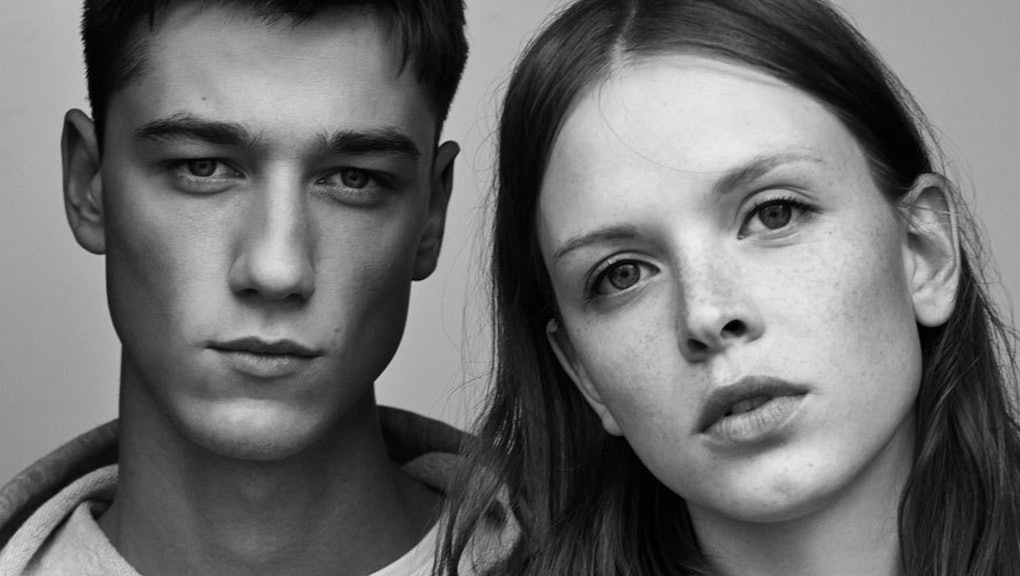 Two Months After Zara Announced Its "Ungendered" Clothing Line, This Is Where Things Are

In early March, the leading retailer for monochrome separates, Zara, announced its first venture into gender-neutral clothing. This curated line of 8 items would be called "Ungendered," and would consist of basics like grey sweatshirts, sweatpants and white T-shirts.

By promoting this ungendered ideal, the retailer was the first fast-fashion, mainstream company to do so, joining a slew of high-end designers — from Raf Simons to Gucci — that have learned to embrace fashion's current obsession of going gender-free. As Hood by Air's Shayne Oliver told W magazine in September, "Design-wise, I don't have any boundaries when it comes to gender."

And neither did Zara for this brand new line. In the days following the announcement, though, its reception wasn't great — but it did spark an important conversation.

The most glaring criticism is that, in a day and age when diversity in fashion is an omnipresent topic, every model used for the line is thin and white.

There was also the issue that this ungendered line is nothing groundbreaking. In reality, it's merely androgynous: The clothes are just all men's basics — there is no dress or skirt or frilly shirt in this collection for people who identify as men, or otherwise, to claim for themselves. It's traditional mens' clothing marketed to women — clothing that already exists outside of gender.

To many people, it was a giant missed opportunity.

The line itself didn't look to what many people who are gender nonconforming want from their clothing, or even need.

Almost two months after its announcement, what's really changed? On its website, this ungendered line expanded but is still relegated to just 22 pieces and has its own separate homepage. While Zara received ample criticism on nearly all fronts, the most telling change they made was the addition of one model of color.

So, while Zara clearly heard people's concerns, the brand is solving its problems in very small doses, and very slowly.

(The other model they brought in, by the way, is a white woman.)

Almost two months since the launch, Zara hasn't changed much of its actual clothing, still sticking to basics typically associated with men — from bomber jackets and T-shirts to jeans. To call a cotton T-shirt genderless really comes as no surprise at all since, well, they've been worn by both men and women for quite some time now. And while it has expanded the line, how difficult would it have been to show a dress on a male model, or just a skirt, a la Jaden Smith?

Clearly, there's an appetite for it, but Zara seems unmoving in its approach to what can be considered "ungendered" or "sans gender" and what can't. On the whole, Zara's business has shifted lately. Although it was growing in 2015 (but not as quickly as H&M), just days after the announcement of its ungendered line in early March 2016, it reportedly slowed store openings to instead focus on online sales. So, maybe this new line did more harm than good.

Mic has reached out for comment from Zara and has not heard back.

What does a gender-neutral line look like when they've gotten it right? According to writer and advocate Jacob Tobia, who identifies as nonbinary, what the line was lacking was a sense of fun. Not all people who are gender nonconforming want basics. Like any clothing line at Target or TopShop or Zara, the clothes should be intriguing and attractive.

"Why does 'gender-neutral' fashion have to be so colorless and grey and structureless and drab?," they said in a Facebook post. "Why does 'androgyny' mandate no color or form or sequins? This clothing line is conceptually interesting I guess, but as a nonbinary person I'm bored and saddened by it."

As with any retailer or department store now, inclusion is key: People of color can model the clothes, as can people who aren't all extremely slim. With the industry (and consumers) paying more attention to diversity numbers, and wanting more diversity, that part's important.

To see real progress, according to Zackary Drucker, a transgender artist and producer on the TV show Transparent, it's also not just about diversifying what ungendered clothing can be, but who can wear it. It's about thinking of a skirt not as a female clothing item, but as something anyone can wear. And to get to that point, we need to change how we think about clothing — period.

"I think that we're headed toward a gender-free future," Drucker said in an email. "There will always be options for presentation and style, and I think that authentic gender neutrality is not embedded in clothing, but in our thinking."

Gender-free already exists, just perhaps not by that name. When you think about it, many of our everyday basics now are gender neutral, from pants to shirts to jackets. All those clothes are also currently sold at Zara, which specializes in basics. With a more accepting attitude to things like men wearing blouses, almost all clothing could eventually be seen as not pertaining to one gender in particular.

Drucker herself already dresses in garments without gender signifiers, with little problem finding things that work for her. "Most people — trans, cis, gender nonconforming — are dressing gender neutral already," she said. "I have a uniform: I wear a button-down shirt and jeans pretty much every day (i.e., not especially coded with gender signifiers)."

So a successful clothing line that is sans gender isn't out of the realm of possibility. However, according to Tobia, the only way for a line like this to be successful is if stores like Zara start paying attention to what gender-nonconforming individuals actually need.

Listening to the consumer is certainly what made companies like Chrysalis Lingerie, which was made by a transgender woman for transgender women, and Tommy Hilfiger's line for disabled children, work.

Does Zara really care? "It's clear to me that Zara isn't really invested in making their shopping process accessible for gender nonconforming and nonbinary people," Tobia said in an email. "If they were, they wouldn't structure their stores, website or brand in ways that reinforce the gender binary. I went shopping in a Zara the other day with a friend and, while the staff were very courteous to me, it was hard to navigate the store because of how it was separated by gender."

It should be more than a cast-off section — and if Zara aiming to look progressive, for Drucker, then eliminating gender labels throughout the store would be the way to go.

"Walking into a store and not having to decide whether to go toward the men's section or the women's section is what's really futuristic and revolutionary about this possibility," Drucker said. "It's always awkward to navigate the architecture of shopping, because it's a visual manifestation of the binary, divided down the middle, or as separate stores all together."

Clearly, this will take time and effort, but Drucker is hopeful. What this Zara line did more than anything is open up the floodgates to conversation about what constitutes a gender-free item of clothing, and what the future may hold. A future in which retailers consult gender-nonconforming individuals in order to get things right.

"Any time a group that's been on the margins becomes a viable consumer group, it's always received with skepticism," Drucker said. "Such is the weird time we're living in when counterculture is so quickly usurped by consumer culture. The next generation won't even notice it, but I'm happy that we can still identify it."