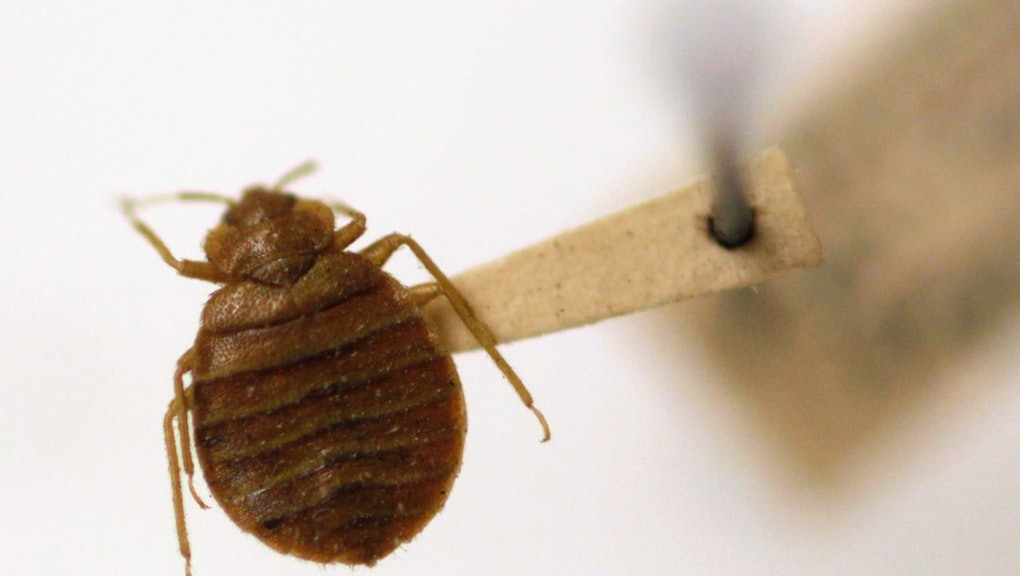 Bedbugs Apparently Have Color Preferences, So You Might Want to Buy New Sheets

As it turns out, your personal style may be affecting your chances of getting a bedbug infestation, according to the BBC. Using colored shelters in dishes, researchers discovered that bedbugs apparently have color preferences for the materials they infest.

Bedbugs like wood and fabric rather than plastic and metals, according to the BBC. The researchers found the critters also like red and black over yellow- and green-colored materials.

"I always joke with people, 'Make sure you get yellow sheets!' But to be very honest, I think that would be stretching the results a little too much," researcher Corraine McNeill said, according to the BBC. "I don't know how far I would go to say don't get a red suitcase or red sheets, but the research hasn't been done yet, so we can't really rule that out completely."

McNeill said the researchers first thought the bedbugs might like red because it's the color of blood, but they now believe it has to do with bedbugs being red themselves, the BBC reported.

The researchers also think bedbugs may not like yellow and green because those colors remind them of bright, difficult-to-hide-in places. There seems to be a trend here, since studies have shown mosquitoes and sandflies, two other vampiric nuisances, are also not fans of yellow and green, according to the BBC.