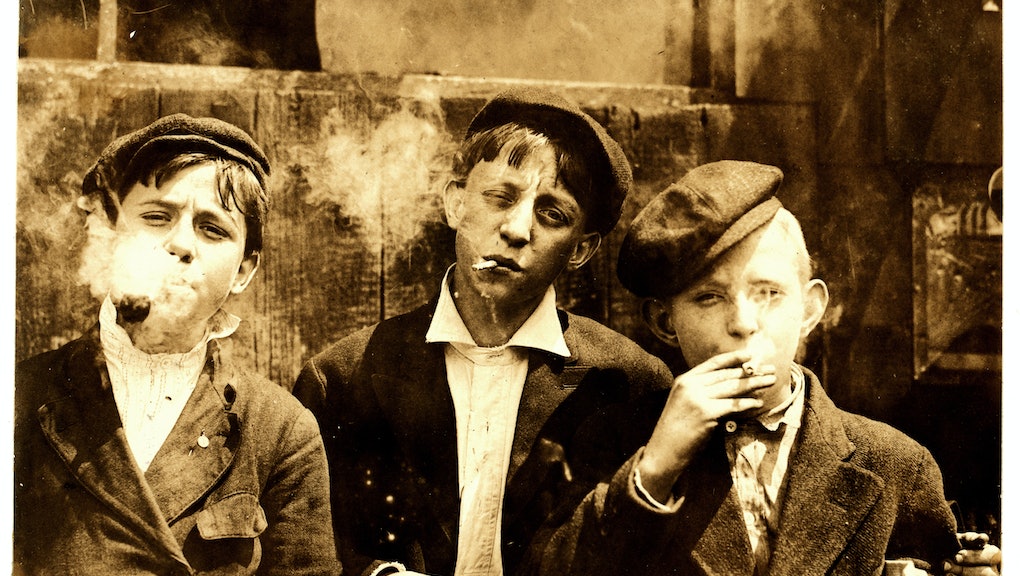 A new study offers good news about a problem we've known about for decades: Cigarettes wreck our bodies, and smoking in restaurants is rude. But the problems are deeper than we thought: Secondhand smoke affects our children, and bans on public smoking can help.

In 2004 and 2008, the Netherlands passed legislation that kicked smoking out of workplaces and restaurants, respectively. A new paper published in Scientific Reports alleges that after the restaurant smoking ban, pre- and post-birth problems such as stillbirth and low birth weight markedly fell.

The study, led by Jasper Been of the University of Edinburgh, looked at perinatal registry data in the Netherlands between 2000 and 2011, checking specifically on spikes around the two earmarked years. Smoke-free workplaces, imposed by the legislation in 2004, didn't help birth problems much — until the Netherlands took cigarettes out of restaurants, too.

"After the ban was introduced in restaurants and cafes, we saw a definite reduction in the number of children born with a low birth weight," Been said, according to Dutch News. "That reduction was around 4% to 5%."

This study is new, but Been's found a correlation between tobacco legislation and how it's tied to health in the perinatal stage, or the weeks before and after birth, in the past.

Been was an author on an August 2015 study on the same subject matter, this one taking place in England instead of the Netherlands. Of the 52,163 stillbirths and 10,238,950 live births studied, Been claimed smoke-free legislation had a hand in a 7.8% reduction in stillbirths, a 3.9% reduction in low birth weight and a 7.6% reduction in neonatal mortality (deaths that occur in the first month or so of life).

With such a massive sample group taken over so many years, the study seemed likely to yield some fuzzy results. Even Been wasn't 100% confident, saying, "We took other factors into account, such as the age and background of the mothers, but the ban is the most likely reason" for reduced health problems, according to Dutch News. "The fact is that the reduction began from the moment the ban was introduced."

But the results between both England and the Netherlands were promising, and could lead to more precise research into the direct impact of smoking on childbirth. Plus, if learning what cigarettes do to your mouth isn't enough to make people quit, maybe this will be.